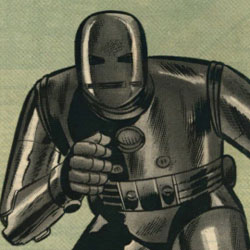 I don’t get over to eBay as often as I used to, which means short auctions for rare comic book paraphernalia largely go unnoticed by me.  But that doesn’t mean someone isn’t selling and others aren’t buying.

Case in point; Tales of Suspense #39, the first appearance of Iron Man, sold on eBay for a whopping $72,100.  The comic was graded as Near Mint Minus (a CGC 9.2 rating), which means the comic is in really great condition.