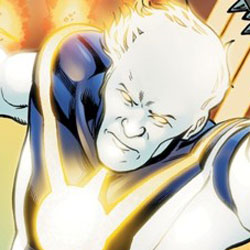 By Stephen Schleicher on September 17, 2011 6 Comments

For a couple of months now, DC creators and head honchos have been telling fans that the initial 52 release wasn’t the end, but rather the tip of the iceberg.  The latest new number one to be announced is The Ray by Jimmy Palmiotti, Justin Gray, and Jamal Igle. And like many of the new titles from DC Comics, The Ray isn’t scheduled to be an ongoing, but rather a four-issue mini-series that arrives in December.  While Palmiotti and Gray have worked on The Ray character in the past, the upcoming series features an all new The Ray – Lucien Gates.