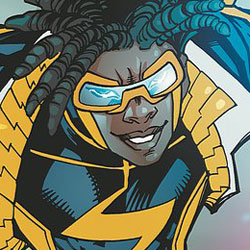 By Stephen Schleicher on September 16, 2011 6 Comments

The first issue of Static Shock only arrived on store shelves last week, but today we learn that John Rozum has left the series as writer.

I am announcing that I have resigned from the DC Comics series, Static Shock. I’m not giving any details at this time, but before speculation begins I’d like to say a few things which I hope will curtail a lot of unwarranted hostility and placing of blame where it shouldn’t be placed.

My decision to leave was of my own choice. I was not fired.

Rozum goes on to state that the reason for leaving also has nothing to do with any perceived tensions between DC Comics and Milestone Media. Rozum has worked for DC for 15 years, and continues to work on projects for the company. While nothing official is stated, I wonder if deadlines, and other pressures to deliver books on a monthly schedule had anything to do with it? Already we’ve seen other creative teams get tweaked to meet the new schedule, so this may be another one of those casualties, or not…