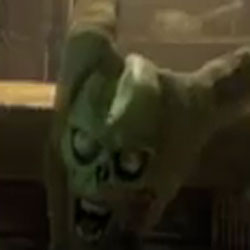 By Stephen Schleicher on September 15, 2011 5 Comments

A while ago we showed you the teaser footage for Eric Powell’s Goon animated film.  Now Powell has posted an early Goon test film that plays out as a PSA about dealing with zombies.

This is early rough test animation for the David Fincher / Blur Studios / Dark Horse Entertainment produced film THE GOON. Based on the Dark Horse Comic’s series by Eric Powell.

Clancy Brown and Paul Giamatti
provided the voices for this test.

THIS IS NOT INDICATIVE OF THE FINAL PRODUCT

For a look at a more polished test for this film, check out Blur’s proof of concept trailer here-

As of now this film is still looking for funding.

LOOKING FOR FUNDING!? Are you kidding me? Why hasn’t someone snatched this project up?  Oh, and Mr. Powell, you might consider checking out Kickstarter.