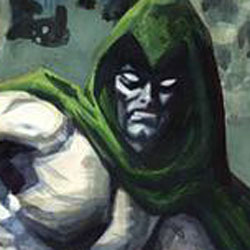 By Stephen Schleicher on September 14, 2011 3 Comments

According to Deadline, Fox has purchased the rights to DC Comics’ The Spectre character for possible development as a television series.  The series would be produced by Warner Bros. TV.

The Spectre, which has received a script commitment, centers on a former cop serving time in afterlife limbo who hunts down earthly criminals on behalf of the dead — and mortals soon to be dead if ultimate justice is not served. Now before you get too excited, remember that Fox also purchased the rights for IDW Publishing’s Locke & Key, and we all saw how that turned out.