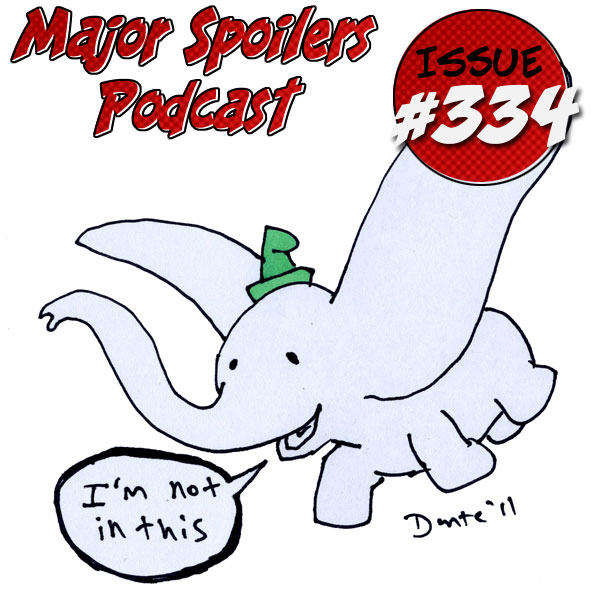 This week on the show: Spider-Island! Thunder Agents! Lindsay Lohan! Comics! Fables! Plus… more interesting things you should probably pay attention to.

THE SPIDER-MAN EVENT OF THE DECADE BEGINS! Start Webbing The News! New York City’s Infestation is complete and eight million people are plagued! As someone near to Peter Parker’s life reveals their spider-abilities, the brilliantly fearsome Jackal rises from the past and begins organizing an army of Spider-powered soldiers. Spider-Man isn’t the only hero affected as the threat goon grows bigger than any one Fantastically Friendly Neighborhood Avenger can handle. Best-selling Spidey creators Dan Slott and Humberto Ramos spin a Spider-epic that turns Peter Parker’s BIG TIME into a BIG MESS. Bad romance, death-defying violence and one man facing his FINAL fearsome destiny… this one’s got it all! Simply put, pal….YOU NEED THIS!

Rodrigo
Infamous: Lindsay Lohan
Writer: Marc Shapiro
Pencils: Mimei Sakamoto
Cover Artist(s): 1 covers: DC COMICS’  – Joe Phillips
Lindsay Lohan was on the fast track to the top when suddenly…Alcohol and drug problems and arrests, stints in rehab ,too much partying and, yes, jail time derailed her celebrity train. Find out how Lindsay fought the law and the law won in INFAMOUS: LINDSAY LOHAN

Matthew
THUNDER Agents #10
Written by NICK SPENCER Art by MIKE GRELL and NICK DRAGOTTA Cover by FIONA STAPLES
The T.H.U.N.D.E.R. Agents make a final stand against The Iron Maiden in the present, as a bitter truth about the villainess and Colleen is revealed in a look back at the past. One of the most critically acclaimed books of the year reaches the shocking finale of its latest chapter, but trust us, this ain’t the end – not by a long shot!

MAJOR SPOILERS POLL OF THE WEEK
This week, we are pitting writer/artists against one another.  It’s fairly simple – of the two writer/artists presented, which could run circles around the other?
Neal Adams (born June 12, 1941) is an American comic book and commercial artist known for helping to create some of the definitive modern imagery of the DC Comics characters Superman, Batman, and Green Arrow; as the co-founder of the graphic design studio Continuity Associates; and as a creators-rights advocate who helped secure a pension and recognition for Superman creators Jerry Siegel and Joe Shuster. Adams was inducted into the Eisner Award’s Will Eisner Comic Book Hall of Fame in 1998, and the Harvey Awards’ Jack Kirby Hall of Fame in 1999.
John Lindley Byrne (born July 6, 1950) is a British-born Canadian-American author and artist of comic books. Since the mid-1970s, Byrne has worked on nearly every major American superhero. Byrne’s better-known work has been on Marvel Comics’ X-Men and Fantastic Four and the 1986 relaunch of DC Comics’ Superman franchise. Coming into the comics profession exclusively as a penciler, Byrne began co-plotting the X-Men comics during his tenure on them, and launched his writing career in earnest with Fantastic Four (where he also started inking his own pencils). During the 1990s he produced a number of creator-owned works, including Next Men and Danger Unlimited. He also wrote the first issues of Mike Mignola’s Hellboy series and produced a number of Star Trek comics for IDW Publishing.
CREATE!
[poll id=”196″]

Trade Paperback of the Week
Fables Volume 01: Legends in Exile Writer: Bill Willingham Artist: Lan Medina
When a savage creature known only as the Adversary conquered the fabled lands of legends and fairy tales, all of the infamous inhabitants of folklore were forced into exile. Disguised among the normal citizens of modern-day New York, these magical characters have created their own peaceful and secret society within an exclusive luxury apartment building called Fabletown. But when Snow White’s party-girl sister, Rose Red, is apparently murdered, it is up to Fabletown’s sheriff, a reformed and pardoned Big Bad Wolf, to determine if the killer is Bluebeard, Rose’s ex-lover and notorious wife killer, or Jack, her current live-in boyfriend and former beanstalk-climber.