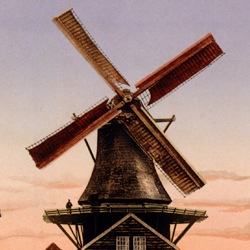 It has come to my attention that most of the decks I’ve showcased in this column include green. And why not? Green is a great facilitator! It easily increases and fixes your mana so you can cast as many rhinos as you want. That said, I’m down for something different, how about something artifacty in blue?

The point of this deck is to get out a Hedron Crab, then a solemn simulacrum and then clone and copy them both to get exponentially more cards from your opponent’s library into their graveyard (commonly known as “milling”). Of course this also gives you a sizable army of 2/2 robots… which is solid… Because they’re metal.

Preordain is there to help you get the draw you need, Fabricate will help you find your Simulacrum. Mimic vat can give you a steady stream of simulacra if any of them hits the graveyard (or if any of the clone-type critters do). Lastly Dream Fracture is there to slow down your opponent, although it can (albeit in very rare circumstances) get you the win if you’ve managed to mill your opponent down to 0.

Of course as mentioned before, this deck also does a good job of getting you a ton of Simulacrum copies. So in case your Hedron Crabs are being shy you can always just swing in with a robot army. Wing Splicer is there to facilitate the robolution, and sharding sphinx can be a great way to amass a larger army, swing for the win (because a 4/4 is nothing to sneeze at) or, perhaps most importantly, give you something to spend all that mana on. By now you likely realize that a way to make this deck faster might be to add some green, both for landfall and to get the creatures you need. Fauna shaman , for example, can give you some crabs… which is weird. Also the only cards keeping this deck out of your Standard Friday Night Magic tournament are Dream Fracture, Sharding Sphinx and Fabricate so swapping those out, say for Cancel, Steel Hellkite and Steel Sabotage will probably work.

There it is, hope you guys dig the deck, and if you get a chance to play it let me know how it goes.