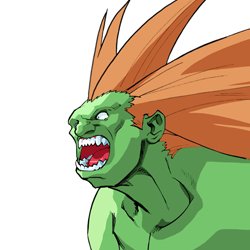 It had a supercool name, like Shadowcobbler or Darksmidgeon, and it was an option that thematically revolved around the character having lost his name. So its powers came from mystical anonymity. In the same sense that demons can be bound if you know their true name, so too was this awesome guy more powerful because no one knew his secret identity. Cool right? Well, I thought so, but as it turns out the actual mechanics drastically clashed with all of my monk abilities. And so as I continued to level up I watched as my fellow PCs began to pass me by in power level. That made me very sad, since there’s no point in playing a tiny Clint Eastwood if you don’t have the stats to back it up.

Let’s look at another similar example. I started playing Magic when Shards of Alara first came out, and one of the cards that I found most intriguing was Corpse Connoisseur. For months I set out to either make a deck around him or to try and exploit his main ability. But every time I tried I realized that the card is severely overpriced for what it does. Basically any effect it facilitates can be accomplished with fewer resources in other ways. In that sense, when you can only include 40 cards in a deck having four duds becomes a liability.

So what do we, as players do when our favorite option sucks? Do we whine? Do we stubbornly hold onto it? Hopefully we put on our big-boy pants and get to assessing the situation.

You Know What Happens When You Assess

So you’re feeling the hurt because you picked a substandard option, unfortunately you’re attached to some aspect of it. Now you have to weigh your options. Is the subpar option worth it? is it still fun?
You have a decision to make, and it’s as simple as that. Think of all the times you’ve played… how do you feel? ok? crushed? annoyed? like you want to avoid the conversation shut up you don’t know me? Now think of how your character (or deck or Sim Tower or whatever) would get along without that option. Would it be violated and unplayable from a thematic standpoint? could you make it work?
If you’re playing a tabletop game this would be a great time to talk to your game master, she might have some insight as to what’s going on. If your GM goes “Oh good, I was wondering why you picked that terrible charm, you can trade it out if you want.” It might not feel so bad to do just that.

So at this point you have distilled your raw emotion about that snag in your fun and you have two options, do you keep the option and continue to lag? or do you discard it. Keeping it is, of course, the easiest thing, you just learn to deal with it, maybe later on you pick up some options to compensate (if available) and just feel extra good when the bits of roleplay or thematic nougat come to the fore in your game.

If you decide to discard, though, then you get into a multi-tiered system of possibilities, largely dependent on how crucial that option was mechanically. If it was a poorly chosen and recent feat, then you’re probably good. If it’s the character’s crappy starting package (race, clan, etc), then you’ll have some negotiatin’ to do in game. In the end you may have to scrap the character, or in Corpse Connoisseur’s case, the whole deck. It may pain you to do that, but now you realize that the character is no fun and there is no other option.

Of course, there’s always cobbling together another set of things that kind of, thematically do what you want. “But,” you say, “I want to play an urban ranger with a cool mangy dog! how else am I going to do it without being a ranger and then spending all my feats on building up my craptacular streetwise check!?”
Be a rogue, multiclass into something magic and pick up a familiar, maybe it won’t be a big mean dog following you around but you can have a little runt, or a rat (which there are stats for). What I’m getting at is two things: First off inspiration for a character can come from anywhere, but it doesn’t have to be executed in any particular way, if there is a better way to be a ‘pit fighter’ without taking the pit fighter option, then don’t take it and just call yourself a pit fighter. Which leads me to the second point: Games are approximations, all the dice, cards and manuals we use are there to approximate what an actual fight or contentious situation would be like, so why not stretch that to the next available… stretching point? Of course, it all boils down to a simple statement. If you’re playing a game, you should be having fun. So if you’re not, it’s time to reassess.