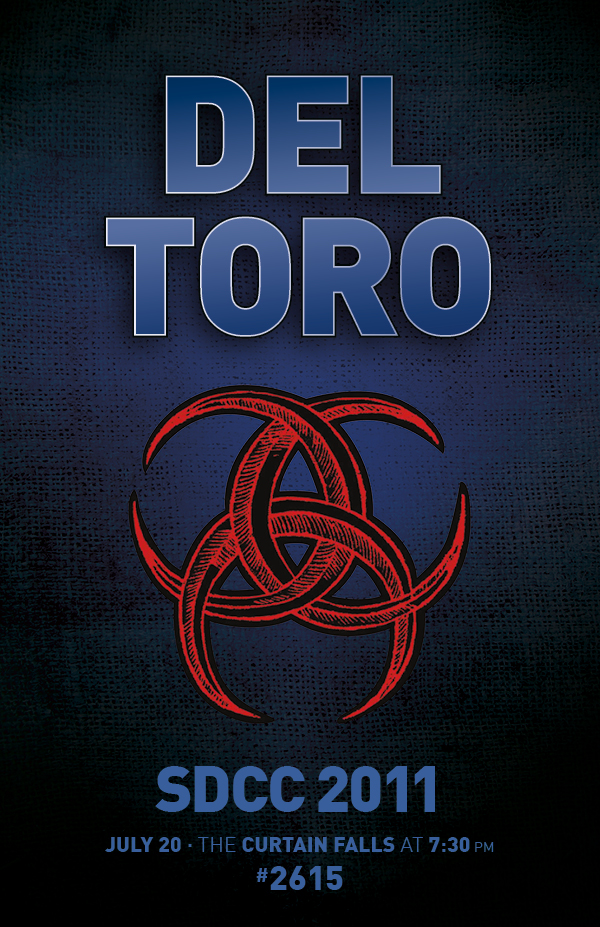 As we mentioned a few days ago, Dark Horse Comics and Guillermo Del Toro have announced his vampire-centric story The Strain is coming to comic books in December.

Complete press release, with all the info, after the jump!

Fans, media and industry professionals mobbed the Dark Horse booth at Comic Con this evening for a chance to catch a glimpse of Dark Horse’s fall line-up, including the upcoming comic adaptation of The Strain, created by visionary director, Guillermo del Toro and novelist Chuck Hogan.

When a Boeing 777 lands at JFK International Airport and goes dark on the runway, the Center for Disease Control, fearing a terrorist attack, calls in Dr. Ephraim Goodweather and his team of expert biological-threat first responders. Only an elderly pawnbroker from Spanish Harlem suspects a darker purpose behind the event—an ancient threat intent on covering mankind in darkness.

Adapting the first novel from Guillermo del Toro and Chuck Hogan’s The Strain Trilogy, this horrifying first chapter—told in eight issues—deals with an outbreak of diabolical proportions that puts a terrifying twist on the vampire genre.

“When discussing The Strain, Chuck and I agreed on one thing regarding any possible adaptation: It should not start until after we were done with the last book in the trilogy and we would only entertain a medium that would allow us to expand the world and the characters we had created” said co-creator, Guillermo del Toro.  Working with Dark Horse, David Lapham and Mike Huddleston provides us with the chance of expanding it further.  A dream come true!”

“The chance to work with del Toro on any project was just too good to pass up” said writer, David Lapham. “But the fact that this is a vicious horror project, that I’m teamed with a great artist, and been given a great amount of creative freedom to interpret the novel has made this a dream project.”