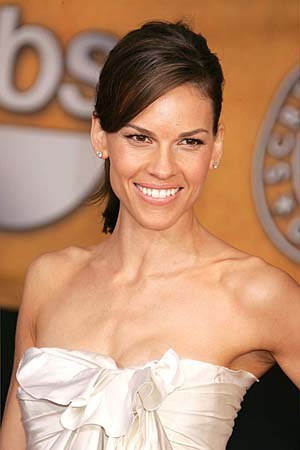 Radical Publishing has already announced that Shrapnel would be turned into a movie, and now Variety is reporting that Hilary Swank has signed up for the role as a former military officer who organizes a revolt on Venus.

Toby Wagstaff (“Arena”) has been tapped to write the sci-fi epic, which is also described as having elements of a Western. Set in the year 2250, the story follows a former Solar Alliance Marine, to be played by Swank, who spearheads an uprising on Venus, the last free colony, against an oppressive solar government in order to fight for the freedom of her people.

No directors have been hired yet, but the paper does report there are a number of directors very interested in the role, including Oblivion director Joe Kosinski.

Barry levine, Swank and Sean Daniel will produce the film.