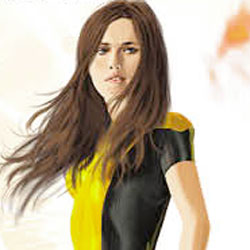 ULTIMATE COMICS X-MEN #1 (JUL110608)
Written by NICK SPENCER
Art by PACO MEDINA
Cover by KAARE ANDREWS (POLYBAGGED)
Variant Cover by PACO MEDINA
Iceman, Kitty Pride and the Human Torch discover the true history of the x-gene as the divide between Mankind and Mutantkind grows deeper than ever before! Who are the X-Men and how will they handle the fallout of this universe shattering discovery? Find out in Ultimate Comics X-Men #1 this September, as Ultimate Comics Universe Reborn continues!