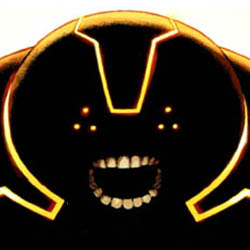 Or – “A Fear Itself Joint, As If There Was Any Question…” So, the prison where all the worst villains in the Marvel Universe are gathered?  Just got shattered by a hammer from the sky… Previously, on Thunderbolts: A million or so years ago, Baron Helmut Zemo gathered members of his Masters of Evil in a plot to undermine the Marvel Universe in the absence of its major heroes (who were lost in the Image Universe, oddly enough.)  After that came apart at the seams, Luke Cage (a notorious ex-con himself) relaunched the Thunderbolts program as an ‘Inside/Out’ type rehabilitation gig for the multiple superhumans of the Marvel U, recruiting the likes of Juggernaut, The Ghost, Moonstone and Crossbones (!!) to his team.  When Fear Itself commenced, Juggernaut was chosen as one of the Worthy, leaving The Raft shattered in his wake.  With Luke Cage tied up elsewhere, can his team get it together long enough to NOT DIE?

This double-sized issue (with, sadly, a double-sized price tag to match) has multiple stories taking place in the hours immediately after the impact of the Serpent’s hammerstrike.  The first tale, by regular scribe Jeff Parker, is wonderful, detailing the Thunderbolts second team (The Underbolts… Heh.) as they go into action as a team for the first time.  Consisting of The Shocker, Boomerang, a suddenly-Alan-Moore-inspired Mr. Hyde and the mad genius known as Centurius (not to be confused with the soulless demon who fought Ghost Rider, mind you) The Underbolts have to decide whether the jailbreak means a chance to run for it, or a chance to change their lives for the better.  Their group decision is ambiguous and full of tension, making me want to see more.  The second story takes place during the events of the first, with Moonstone helping to evacuate the denizens of the women’s wing of The Raft, with the HBIC Moonstone forced to try and work alongside people she can’t overpower, bully or manipulate with her wiles.  A star turn from former Grappler Poundcakes makes this one pretty fun as well…

The second half of the book is slightly less successful for me, as The Ghost and Warden Walker (formerly known as the U.S. Agent, now in a wheelchair after catastrophic injuries recieved during the Siege of Asgard) are forced to work together and revise their opinions of one another.  It’s a pretty by-the-numbers “opposites are the same” story, which brings the Ghost closer to rehabilitation and further away from the things that make him most interesting, while John Walker’s wheelchair-bound status reminds me that we JUST DID ALL THIS in the Siege.  The last ten years of Marvel Comics have boiled down to “Buildup, buildup, buildup, and then they all fight!”, making Fear Itself just another in a long line of stories that go the long way around in order to justify the fighty-fighty.  Our final tale focuses on… Ugh…  Crossbones.  The least interesting member of The Red Skull’s retinue, the least interesting Thunderbolt, the most overrated and conflated rip-off of Bullseye ever to slink across the page, his only relevance comes from killing Captain America, and even THAT didn’t take.  I wish that his story had been in the middle of the book, rather than the anchor position, and even the creation of Man-Mountain Mario (Man-Mountain Marko’s cousin… Heh.) can’t save the book from ending on a seriously sour note.

There’s a lot of complaining that giant devastating events never have consequences, so it’s nice to see Marvel attempting books like this one (and this week’s Avengers issue as well) that give us a first-person look at the ‘wide-screen’ carnage that has become Marvel’s trademark.  Given that we’re working with four different writing teams, you shouldn’t be surprised that some stories work better than others, but what it really boils down to is that a story like this works when the central characters are strong (and humanized) enough to carry the narrative.  Thunderbolts #159 is a mixed bag with some real gems in the mix, and even brought down by Crossbones and a prohibitive price tag, it ranks an above-average 3 out of 5 stars overall.

Faithful Spoilerite Question Of The Day: After years of complaining that the big events don’t have lasting effects, have we actually goaded the comics creators into continually raising the stakes with these things?