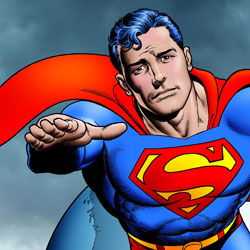 Major Spoilers Podcast #305: Whatever happened to the podcast of tomorrow?

This week on the show: Superman is gone, Ducktales arrives, and Asterix gets the 3D rendered treatment.

REVIEWS
Stephen
Batman: Gates of Gotham #1 Written by SCOTT SNYDER and KYLE HIGGINS; Art and Cover by TREVOR MCCARTHY; 1:25 Variant cover by DUSTIN NGUYEN
When a mystery as old as Gotham City itself surfaces, Batman assembles a team of his greatest detectives – including Red Robin, Owlman, I-Ching and others – to investigate this startling new enigma. As clues are discovered and the mystery deepens, Batman’s team soon finds itself on a journey that explores different eras in Gotham’s history and touches upon notable Gotham families including the Waynes, Kanes, and Elliotts.

This miniseries spins out of recent events in the Batman titles and sets the stage for several exciting storylines in 2011. Additionally, this limited series touches upon mysterious story elements introduced in Grant Morrison’s RETURN OF BRUCE WAYNE. Featuring many exciting Batman Family guest stars!

Rodrigo
DUCKTALES #1 Written by Warren Spector Drawn by Leonel Castellani, Jose Massaroli, Magic Eye Studios COVER A: Leonel Castellani COVER B: Jonathan Gray
DUCKTALES is back! The hit Disney Afternoon TV show makes a splash this month as an all-new, original ongoing comic book series! Written by the creator of the EPIC MICKEY video game and illustrated by the fan-favorite Disney duck artist Miquel Pujol, this is the latest and greatest revival of the Disney Afternoon Revolution that “might solve a mystery,” but will definitely “rewrite history!” Existing within the same continuity as BOOM!’s hit series DARKWING DUCK, find out why “life is like a hurricane!”

Matthew
THUNDER AGENTS #7 Written by NICK SPENCER Art by CAFU and BIT Cover by FIONA STAPLES
Kick-starting the second arc of the hit new series, this issue shines a spotlight on the original Iron Maiden! What ties does this classic foe of the original team have to the current lineup? All we know for sure is that the new Dynamo better watch out, because she sure enjoyed causing the old one pain! Action and intrigue abound in this perfect jumping-on point for new readers!

MAJOR SPOILERS POLL OF THE WEEK
Zack contacted us via Twitter to ask the all important question, “If Darth Vader and Neo were in a fight, whose powers would lead to victory?”
Good question Zack, why don’t we let the readers weigh in?
VOTE!
[poll id=”184″]

Whatever happened to the Man of Tomorrow?
Imagine that, somehow, the adventures of Superman were drawing to a close, never to begin again. This is that final tale: one of the most dramatic Superman stories ever, in which the Man of Steel makes a last stand against Lex Luthor, Brainiac, and other foes, with allies including Supergirl and Krypto at his side. Written by Alan Moore, the Hugo-Award Winning author of Watchmen.