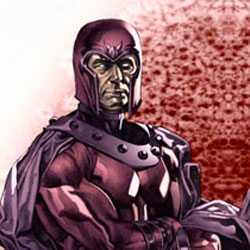 X-MEN LEGACY #250 (APR110652)
Written by MIKE CAREY
Penciled by KHOI PHAM & STEVE KURTH
Cover by MICO SUAYAN
The X-Men have returned from the Age of X – but what undetected evil has followed them back from the twisted reality that never was? It’ll take a whole new team of mutants led by Rogue and Magneto to prevent this new villain from laying the team to waste. Then, because you demanded it,  Havok and his team make their long-awaited return in an all new story! But what are the secrets behind their absence and what does their re-emergence mean for the X-Men? It’s a new team, new direction and new era when Mike Carey gives the Children of the Atom a fresh set of marching orders this June