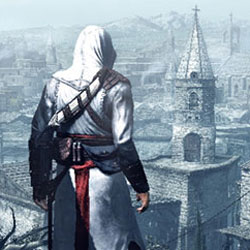 Ubisoft Motion Pictures, the film and television division of the French game publisher, has announced three features based on Assassin’s Creed, Splinter Cell, and Ghost Recon.

An epic action-adventure, “Assassin’s Creed” turns on the conflict between Templars and Assassins, two secret orgs with different ideologies who have influenced, according to the game, most major historical events.

An action drama in the vein of “The Bourne Identity,” “Splinter Cell” turns on an elite secret agent fighting world terrorism and struggling to protect his daughter.

“Ghost Recon,” a tech-driven war actioner set in the near future, follows a secret, elite team of soldiers fighting for world peace with cutting-edge military technology.

According to Variety, Ubisoft Motion Pictures will work with some of its 23 studios to get the films made.