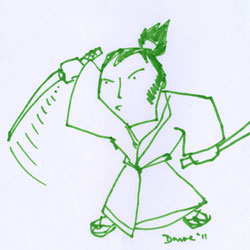 This week on the show: Okko returns, a letter from Rubio, and Matthew makes a Thor joke… again…

Rodrigo
Moon Girl #1
Written: Tony Trov, Johnny Zito
Art: The Rahzzah
Letters: Gabe Bautista
Creator: Gardner Fox, Sheldon Moldoff
In the pulp New York of the 1950’s, Moon Girl looks to a life beyond her role as champion of the counter-culture and social revolution. However, she is forced back in to action when fanatics, inspired by her adventures, begin enforcing their own brand of justice.

Matthew
Axe Cop: Bad Guy Earth #3 By: Malachai Nicolle, Ethan Nicolle
Just when you thought the ground–breaking hit comic Axe Cop couldn’t get more awesome, it gets MORE AWESOME!
Axe Cop is in big trouble! The authorities are on his case, he’s on a crazy time–travel mission to try to save the dinosaurs from a horrible war with aliens, and while he’s been away, a team of evil brothers has been assembling a massive team of bad guys bent on taking over the earth! But with the help of his awesome crime–fighting team, including Dinosaur Soldier, Sockarang, and the mighty doggie hero Ralph Wrinkles, Axe Cop might still be able to save the planet. But there’s one more battle for our brave axe man in blue, and he must time–travel to the age of swords to make it all happen!

MAJOR SPOILERS POLL OF THE WEEK
This week, we get back into the ring and send two metal men into battle – representing DC Comics is John Henry Irons – STEEL! And representing Marvel, Tony Stark a.k.a. IRON MAN!
Two enter, one leave, it’s a battle of the iron (and steel) clad titans!

Okko: The Cycle of Earth
It is the Winter of 1109 in the official calendar of Pajan. Okko and his faithful campanions arrive at the City of Black Powder, escaping from the bloodthirsty battles on the Plains of Pajan. While seeking a guide to help them cross the perilous Mountains of the Seven Monasteries, they meet a skillful warrior woman: Windreaper (Fauche-Le-Vent in French). A scout with information for Okko is murdered and consequently their path crosses that of two sinister monks bearing on their tengai a raven emblem, symbol of dark foreboding! The group sets off to the monasteries to investigate this mysterious brotherhood..
Still on the trail of the demonic monks, Okko and his companions climb the immense mountain known as The Roof of the World and reach the myterious eighth monastery. There they gain entrance to the forbidden library, the heart of Pajan’s knowledge, and discover the dark secret of their enemies: an army of the dead from the bowels of the earth prepares to invade the kingdom…