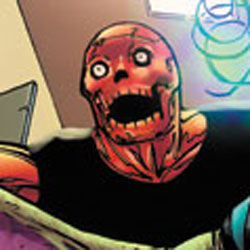 AVENGERS ACADEMY #14.1 (APR110576)
Written by CHRISTOS GAGE
Penciled by SEAN CHEN
Cover by BILLY TAN
It’s the perfect chance for new readers to meet the next generation of Marvel heroes in this special POINT ONE issue! Avengers Academy was chartered to give wayward, yet empowered youth the training they need to stand alongside Earth’s Mightiest. The first class includes the young adults who were kidnapped and tortured by Norman Osborn, but what about Norman’s other victims…the kids that didn’t enroll in the Academy? Hazmat, Mettle and the rest of the students take a dangerous field trip to track down those who didn’t make the grade this June, only in Avengers Academy #14.1! 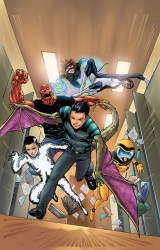 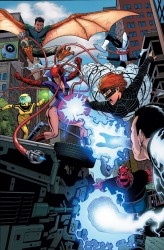 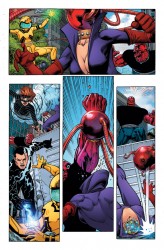 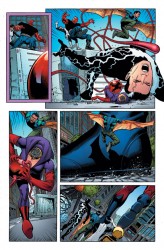