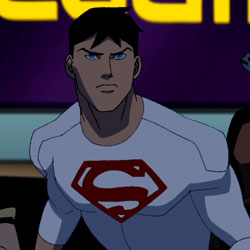 DVD: Young Justice – Season One Volume One arrives in July Warner Home Entertainment has announced that the first season of the Young Justice animated series arrives on DVD on July 19, 2011.

In Young Justice, being a teenager means proving yourself over and over — to peers, parents, teachers, mentors and, ultimately, to yourself. But what if you’re not just a normal teenager? What if you’re a teenage super hero? How much harder will it be to prove yourself in a world of super powers, super villains and super secrets? Are you ready to come of age in such a world? Are you ready for life or death rites of passage? Are you ready to join the ranks of the great heroes and prove you’re worthy of the Justice League? That’s exactly what the members of Young Justice — Robin, Aqualad, Kid Flash, Superboy, Miss Martian and Artemis — will find out: whether they have what it takes to be a proven hero.

“We are thrilled to bring the newest and youngest members of the DC Universe to homes with the release of Young Justice Season 1 Volume 1,” said Mary Ellen Thomas, WHV Executive Director of Family and Animation Marketing in a prepared statement. “As a brand new series, Young Justice is already a favorite and will continue to excite fans with its group of crime-fighting teenage super heroes.” The collection only contains the first four episodes of the show.