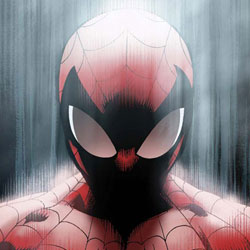 “We’re building a cohesive universe in that all the Ultimate books will be tied in pretty tightly, and we’ll be playing off each other,” Hickman said, noting that he and the other creators — who will be revealed throughout this week — look forward to working together.”

According to Marvel Editor Mark Paniccla, things will be more cohesive going forward.

“This is the characters reacting to the death of Spider-Man, there’s a lot of introspection but there’s also a lot of set-ups,” Paniccia said. “This is a miniseries you’re not going to want to miss.”