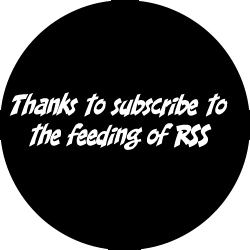 Imagine this: Our handsome hero has located the hostages of a terrorist cell. Slumped in their cage, the prisoners await their execution. Our hero, trying to give them hope slips a piece of paper into their cell as he runs past, on his way to the command center. One of the prisoners finds the note and opens it. In it is a simple message:

“I am can have you outside”

Wait, what? Why would he write that? Is this guy an idiot? How is that supposed to give the prisoners hope? Is he trying to torture them further by confusing them? Was that actually some weird sexual proposition? No, it’s just that the writer didn’t take the time to translate the note properly.

I’m a pretty easygoing guy about most things, and I recognize that writing fiction is difficult but there is something about crappy translations that just fries my nuggets. And the more I think about it, the more justified I feel. So let’s take a moment and justify my rage.

What does including another language do for you?

Fiction is full of instances in which a character will utter a phrase in another language, meaning not in the primary language of the piece. A sweet nothing to a lover in French, an assurance in Spanish to a group of inner-city cheerleaders, a sharp order in German to some soldiers. But why? If one of the characters suddenly speaks in another language what is the writer trying to say about him?

The Character is Smart or Worldly:
It’s no mystery that being a polyglot makes a person seem smarter. Speaking multiple languages is one of those real-life superpowers that not everyone possesses; like being double-jointed or rolling your tongue into a taco-like structure. So showing a character that can casually switch back and forward between languages goes to show that he is intelligent. This also makes the character seem worldly, since they likely learned the language for, or as a result of, traveling the world. There’s also the hidden perk that having a character speak a different language also makes the author seems smarter. “Captain America is fluent in French… AND SO AM I!”

The Character is Definitely from that Country (or Region, I guess):
A character from Argentina will obviously speak Spanish, as well as regional indigenous languages, depending on characterization. So throwing in a phrase in Spanish legitimizes that character as a native speaker. This aids in establishing the character’s credentials as well as bringing any relevant tropes to the fore. And yes, that includes playing on any potential stereotypes.

The Character is Just Like You, Minority I’m Trying To Reach Out To:
Lastly, the fact that the character speaks fluent Amharic can be used to endear him to all your potential Ethiopian readers (Yes, this might be a bad example, but it actually reinforces my point.). This, essentially is the second part of the double whammy with the above point. Not only is the character way, totally from that region, legitimizing her to non-natives; she is also, clearly a native, making her accessible to people from that region. This, though, is usually the least likely reason, with the other two being more prevalent. More on that later.

And Then It All Goes to El Poo-poo Caca

So for one of these reasons, or maybe some other reason. The Author has (let’s say for the sake of argument) their protagonist utter a phrase in another language. However the phrase is somehow incorrect, if it’s a TV show or movie it may be mispronounced, if it is in print it may be misspelled, grammatically incorrect or just erroneous. What happens then to the themes the writer was trying to establish? Well, let’s go back through and look at each of the previous points.

The Character is Smart or Worldly:
Clearly not. In fact the error makes this theme entirely transparent. Instead of the Hero casually using another language, and being effortlessly erudite, he comes across as someone trying to seem cool, and failing at it. Of course the rest of the cast will still react as though the statement is correct, or hilariously enough, express awe at their mastery of language. This leaves you with a comical moment starring an idiot, and an even bigger idiot. There is a well known super-meme out there that capitalizes on the ignorance of one group about the language of another: That’s right, Engrish! “whoever wrote that sign sure was smart!” “I wish I had such a command of English” and “This is not at all hilariously wrong” May be some of the things that go through your mind. But likely it’s just the opposite.

The Character is Definitely from that Country:
As consumers of media, we expect a certain level of subtlety from our comics, movies, and TV shows. When we see a traditionally mean character being nice we don’t assume they have changed personalities, we assume they’re up to something. Likewise when I, as a Spanish speaker see a character who is supposed to be from Mexico use broken Spanish any illusion that the character is actually from there shatters into a thousand mispronounced pieces.

The Character Is Just Like You, Minority I’m Trying To Reach Out To:

Earlier I pointed out that this one tends to be the least likely goal for the author, because presumably, if the company he works for wanted to tap the Tagalog audience, they would just produce the piece in Tagalog, right?  However, even if the author doesn’t care about this dimension it doesn’t mean it’s not there, and a mistranslated phrase has the potential to turn this aspect of things into a racial issue. Clearly the writer doesn’t care enough about me, as a Cantonese speaker, to do any amount of research. This tells me that this book is for English speakers (in the U.S.) who wouldn’t know any better, and that if any stray Chinese people happened to read it, then who cares? This means that the author does not care for the linguistic minorities that might be reading their book, only throwing in a half-chewed phrase to make a character seem authentic, without actually doing any legwork. It’s the linguistic equivalent of a stereotype, (which I believe is simply called a linguistic stereotype). Needless to say, a poorly translated statement completely undermines the piece for any minorities who were looking to relate to it.

So right about this point you might be saying to yourself, “Boy, you sure are making a mountain out of a molehill, or some other quaint cliche,” but the fact of the matter is that this stuff is important. Language is a tool, like anything else, one that can be used to validate, elevate or oppress other people. It may not make a difference to you if you call someone a Pole or a Polack, but it makes a difference to that person. Likewise it may not make a difference to you whether Bane speaks middle-school spanish, but to a native speaker it absolutely makes a difference.

So, if there are any writers out there who have gotten this far here’s my advice to you: Next time you want to take a phrase in English and translate it into Spanish for use in fiction, don’t.

So unless you’re willing to hire an actual professional translator, I recommend you just use those little <We are speaking Skrull now> symbols and write out your dialogue in english.
There, doesn’t everyone feel better now? I sure do.