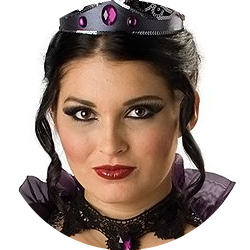 Here at Major Spoilers we get frequent e-mails from our readers and podcast audience. One of the questions we get most frequently for Critical Hit goes something like this:

Hey guys,
My friends and I decided that, for a change of pace, we wanted to play an evil D&D campaign. So I ran them through character creation and we started playing… and it was a horrible mess! We didn’t get anything accomplished, the game devolved into a four-hour, player vs. player combat and one of the PCs insisted on killing and raping all peasants, livestock and furniture he came across. Is it even possible to run an evil campaign without the game just falling apart?
Sincerely,
Audience Listenerperson

Glad you asked, real person. The Answer is yes.

So how do you prevent an evil game from breaking down? The answer is simple, the same way you prevent ANY game from breaking down. By maintaining a structure that’s conducive to the story you want to tell, drawing focus towards themes you want to highlight and downplaying things you want to avoid. In games where the PCs are goody-two-shoes the themes, tropes and shortcuts are already written for you. Drawing from their experiences with fiction, and previous games, your players (usually) will walk through the door with an expectation of what the game will be like. But there isn’t as much fiction featuring evil protagonists, furthermore people’s ideas of what evil actual is will vary radically. This means that you, as a game master, have to build the expectation from the ground up, starting with yourself.

Your first step has to be determining what evil is, at least within the context of your game. Right now you may have things that pop into your mind as examples, either of evil behavior or specific people who are considered evil. You have to synthesize what exactly it is to be evil and then convey that expectation to your players. This is not necessarily easy so here are a couple of places where you might start.

Evil is Selfish: Sauron (Not THAT Sauron) wants to be the sole ruler of the world, Magneto wants to elevate his people (and only his people) above all others, Galactus just wants to eat your planet a little bit.

Evil is Amoral: Apocalypse does not care about human morality, only about strict Darwinism; Starro (and similar space parasites) have no concept of law or fairness; The spoiler at the end of Watchmen wants everyone to get along… whatever the cost!

Once you know what the core of your take on evil is, things will become a little clearer both for you and your players. However a general definition is not enough to keep a game full of selfish, amoral bastards from killing each other. More structure is necessary.

With Great Power Comes A Hunger For Kittens!

Good guys in RPGs tend to be somewhat powerful, but are compelled by their morals to use that power for the benefit of others. Bad guys do not have such a compulsion, and although that is part of what makes an evil party interesting, there is always the threat that a player who goes too far will derail the plot and make others uncomfortable. It falls to the game master to create a structural substitute for morality. Luckily this construct does not have to exist in a vacuum, in fact, it can be the connection that the players have to the overarching plot.

Why would a bunch of no-good, low-down, such and suches hang out together? And if they’re hanging out together what keeps them from killing each other? The answer is: The Overplot! Pressure from outside the group (through NPCs, primarily) that keeps pushing the characters together. It’s the same device that keeps rag-tag heroes together, only with a diabolic flare. Here are a few examples, which are not mutually exclusive:

Big Bad (Voodo Optional) Daddy: the PCs are the underlings of a powerful evil. This wizard or eldritch horror or vengeful warlord is powerful enough to push the PCs around. It’s important that this big bad boss is also willing to reward the characters, as loyalty is scarce in Mordor and you don’t necessarily want the characters rebelling after the first game. This central source of pressure and incentive works well because we already accept that big, evil entities have lieutenants. And although those guys might betray their boss and each other, they don’t usually do it at the drop of a hat. This also gives you a built-in system to get missions to the players.

A Crooked Man In a Straight World: The PCs are surrounded by law-abiding citizens and organizations. Paladins clad in golden armor, riding mighty steeds, gallop from town to town making sure the innocent are not being oppressed. Entire villages are protected by angelic wards, etc. If set up properly, the PCs will have to band together in the face of overwhelming odds.

A Common Goal: All the PCs want the same thing, and it’s obvious that they cannot achieve this goal alone. Even with the knowledge that they are destined to stab each other in the back once their goal is achieved, they know they won’t make it that far if they don’t work together. Now, you might be thinking to yourself, “Great. How do I know whether they want the same thing or not?” Simple. You make them want the same thing.

Once you have determined what your structural pillar of evil will be you are ready to start moving your players through character creation. It is important for you to be very hands-on as a game master, while still letting the kids do what they want. If your pitch is “a common goal” then be sure that you work that into everyone’s character as they pitch them. If it’s a big boss, obviously this is something they have to be aware of when they create the characters. Strangely enough you might find that when players pitch “evil” characters they will often put more thought into personal goals than when pitching good characters. This is a good thing, because having personal goals for your character is always helpful, regardless of what side of the Goliath/Xanatos line your morality falls in. It is up to you as a game master to weave those goals into your plot in such a way that it pulls that character into tighter cooperation with the group.

Once character creation is done, you probably should speak to your players about where the line is. In an evil campaign you are already walking in somewhat uncomfortable territory, so establishing clear guidelines for behavior and off-limits themes is important. Don’t pitch these as compulsions, rather do it as an explanation of themes. You might tell your players that, although they are evil you want the focus to be on their power struggle with their overlord, and not on depraved acts. So any ultra-violent or abusive behavior will either happen off-camera or not at all.

Even after you have spoken to your players its important for you to keep tabs on them as the game develops. Lastly, make sure that you are aware of your players once the game gets going. If you feel that something is bothering your players, stop the game, assess it and don’t start again until you’re sure that everyone’s comfort level is back to base level.

Playing a campaign in which the characters espouse a morality that doesn’t match the players’ is difficult. But careful planning and constant monitoring will increase its odds of success.