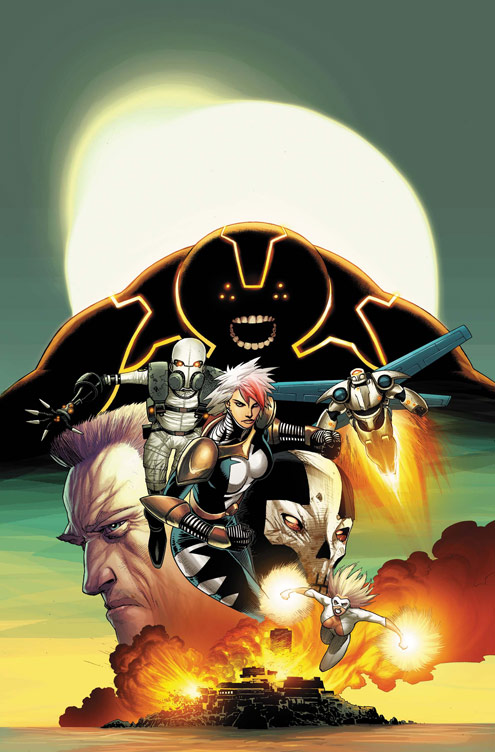 According to Marvel, Fear Itself will also affect the Thunderbolts by Jeff Parker and Kev Walker.

“Not that it’s ever calm and stable in the world of Thunderbolts, but now with Fear Itself we blast into catastrophic,” explains writer Jeff Parker. “The job of the team just got several times harder– I’d say we’re going to need TWO teams to deal with what happens when one of our people become Worthy”

This June, the Thunderbolts learn the true meaning of terror when one of their own loses control and unleashes the God of Fear’s unrelenting wrath on the team.