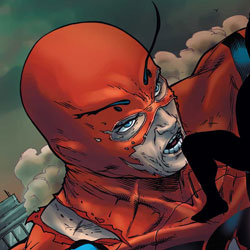 FEAR ITSELF: Avengers Academy gets involved

As Fear Itself plays out across the Marvel Universe, the students of Avengers Academy are going to get involved.

“Ever since I started Avengers Academy I’ve looked forward to the kids getting involved in a big event, because this is how superheroes go to war. And war leaves no one unchanged.” explains series writer Christos Gage. “Fear Itself is going to have a huge impact on the cast of Avengers Academy…when it’s over, things will have changed forever!”