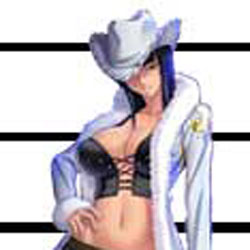 Shocker Toys LLP were pleased to celebrate their 8th showing at the International Toy Fair in New York City (Booth 4947) on February 13-16, 2011 at the Jacob K. Javits Convention Center in New York City.

The 6 inch scaled, super posable action figure series with characters ripped from the pages of your favorite independent comic books returns! Indie Spotlight Series 2 with The Tick, Dick Tracy, Ignacia, King Zombie and Jack Staff are on their way to our warehouse and will be ready to ship in no time. Indie Spotlight Series 3 with The Phantom, Zorro, Nira-X, Fist of Justice and Grendel, as well as variants for The Phantom and Grendel, will be next on deck. Indie Spotlight action figure 2 packs are on the way as well featuring Captain Action/ Madman and Lazerman/ Zen. Rounding out these lines, Shocker Toys pays respect to the comic heroes that started it all with a Golden Age action figure line featuring Dan Garret “The Blue Beetle”, The DareDevil, The Arrow, The Black Terror and The Heap with variants for The Heap and DareDevil! Just as Indie Spotlight brings together great heroes from several different comic companies into one powerful series, Anime Spotlight will unite the legendary characters of VIZ, Toei and Funimation for the first time anywhere. Figures will be 6 inch scaled (according to their proper heights) and packed with articulation allowing your favorite characters to pull off the signature poses they are known for. We also wanted the Anime Spotlight action figures to be as unique as their animated counterparts, so we chose key facial expressions for standard and alternate heads that capture the attitude of each character perfectly.

Shocker Toys’ posable stylized figure can be found painted as your favorite characters from cartoons, anime and comics or blank to leave the possibilities in your hands.

Come in black or white each packed with two arm extension pieces, a sword and a gun. It’s a posable action figure and blank canvas all in one! With the perfect surface for paint or markers, you can make your wild creations a reality.

After the success of our One Piece Monkey D. Luffy Mallow, it was clear you want MORE! Who are we to argue? Coming in 2011 (pending approvals)…

Characters from your childhood and modern cartoons come to life in this new Mallow figure line. Series 1 includes…

Monster in my Pocket Mallows – Another blast from the past coming to our Mallow figure line. Further details coming soon.

Shocker Toys will be producing a Retro Mallow of DMC sporting his iconic look with Run DMC. We will also be producing a 6 inch action figure modeled after his appearance in an upcoming comic book.