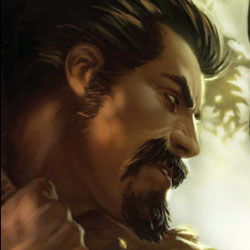 The Kravinoffs, Screwball, and a few random thugs are nothing compared to relearning how to keep a secret identity from your new roommate. How does Anya cope?  Find out after the jump. Previously in Spider-Girl: After helping Spider-Man out with the resurrected Kraven and his daughter Anya Corazon has decided to accept the title Spider-Girl and roll with it. During a fight between the FF and the Red Hulk Gil Corazon, Anya’s father, dies trying to save a bystander. It turns out the mess was caused by a secret organization of army officials called Raven. Now she’s letting one of her friends move in with her, of course this friend doesn’t know she’s a superhero.

We open with a training session amongst the two Kravinoffs when Kraven suggests they would be taking on the Spiders. Of course the daughter is over eager to get at Spider-Man, but Kraven wisely states that he beat her once and would do so again and sends her after the girl instead. The story moves on to Spider-Girl finding a random burglar who begs her not to take him in as he is only stealing to pay rent so his girlfriend won’t dump him.
Anya is coming home and we get to see the real conflict in her life, her new roommate is moving in, the one that doesn’t know she’s Spider-Girl. We get some insight into the fact that Anya doesn’t really have friends outside the super community anymore. What happened to her best friend, Lynn, from her original series? Anyhow, we cut to Ana Kravinoff as she assaults the station Spider-Girl took the burglar to to get information from him, though I’m really not sure what that information could entail. Spider-Girl next gets to blow off some steam on a random group of thugs, though one gets away with part of her bolo and is caught by Ana who is now actively following Spider-Girl.
Now, we get another outing of Screwball, who is fairly easily dispatched (remember she’s just a nut with a webcam). But when Anya gets home, her new roomie is watching Screwballs footage and Anya sees something in it. Spider-Girl then goes back out to get the clothes she stashed earlier, and who’s waiting there, Ana Kravinoff. Ana calls Spider-Girl sloppy when Spider-Girl reveals the trap she set after having seen Ana following her in Screwball’s video, the clothes had become bait.

I GUESS IT COULD BE WORSE

Seriously, the art in here had me stop reading for a bit and pick up a different book. There was a few times where we focused on a derp face. The general quality is lacking and the consistency is just not there. Maybe some people like this, but for my dollar I may drop because of the art.

If you happen to be a big fan of Anya you may want to pick this up, but even then the direction they’re taking and the idea behind everything just bothers me. I don’t know why they killed her father; she didn’t need more tragedy to drive her. I don’t know what happened to the rest of her supporting cast; but she does have friends. And if she doesn’t have any powers, then why is she running around as a Spider anyway, let alone as a hero. Anyhow, this earns a mere 2 of 5 stars, mostly because while I don’t like the direction the story is taking, the writing is still solid.