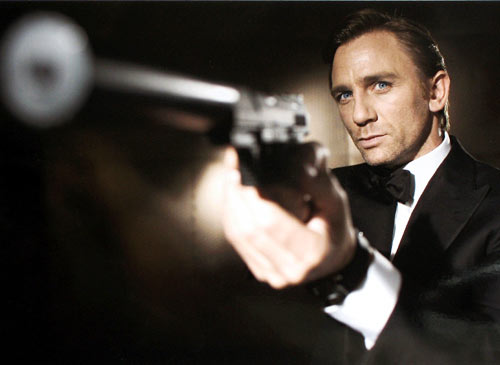 With all the MGM financial woes taken care of (for the most part) the studio can proceed with their movie lineup including the 23rd Bond film arriving in theaters in 2012.

The no-frills greenlight announcement also made official Daniel Craig’s return for a third outing as 007, with Sam Mendes to direct a screenplay by Neal Purvis, Robert Wade and John Logan. MGM had already been working up plans for a 2012 yearlong commemoration of the golden anniversary of the first Bond pic, 1962’s “Doctor No,” and Mendes had long been rumored to be the leading candidate to helm.

With an estimated budget of $200 million, questions still remain as to the title, leading actresses, and whether or not Judi Dench will return as M.  Since the studio already remade Casino Royale, I wouldn’t mind seeing a modern take of Doctor No, even though the original is one of my favorite Bond films in the series.