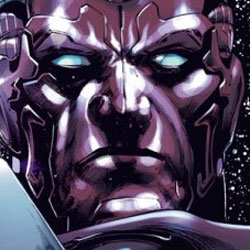 Marvel has released a sneak peek of Silver Surfer #1 from Greg Pak and Stephen Segovia.

SILVER SURFER #1 (of 5) (DEC100604)
Written by GREG PAK
Pencils by STEPHEN SEGOVIA
Cover by CARLO PAGULAYAN
The dreaded messenger of the world-eater returns to Earth, in the character-defining epic showing the Silver Surfer as you has never seen him before! But what fate does the High Evolutionary hold for the Surfer?! The wielder of the power cosmic has survived many battles, but can anything prepare him for what lies ahead? Find out when the game-changing Silver Surfer #1 (of 5) debuts in comic shops everywhere! 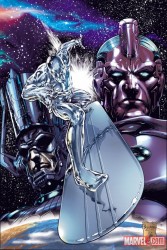 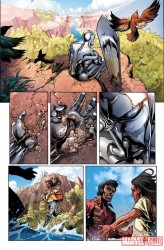 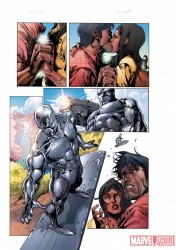 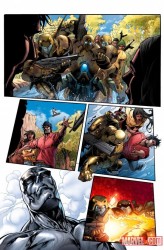 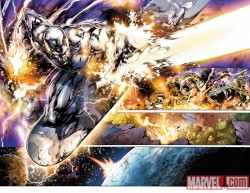