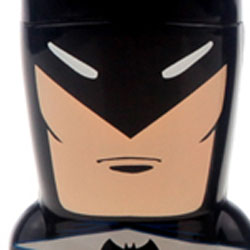 MIMOBOT has a new line of Batman flash drives it is offering up for sale, and if you still use the USB drives to move and share information, these would be perfect gifts.

The designer character-based flash drive collection leads off with a vintage 1939-era Batman now available in a limited edition run of 5,000 units, and later joined by a full Batman wave of flash drive designs in February including Robin, Catwoman and The Joker. More MIMOBOT series based on additional DC Comics’ characters, including Green Lantern, Superman and The Flash, will follow in the near future.

Take the jump for a look at the entire Batman line, including the Joker, Catwoman, and Robin. I suppose with all the mind-wiping going on with Catwoman right now, you’d at least have an excuse if you didn’t get your homework done on time.

“I swear I had my term paper on my Catwoman flash drive, but you know… somehow it all got lost…”