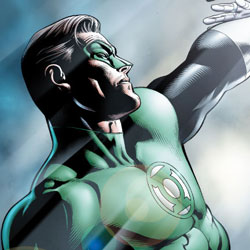 NOTE: Yes, we are aware that the sales figures for 2010 have not been released, and we’ll update this table as soon as that data is released. When it comes to the Top 10 Comics for 2010, we’re fairly confident that those rankings will hold, and any changes will come to the final three or four in our list. AVENGERS #1
Writer: Brian Michael Bendis
Artist: John Romita Jr.
Covers: John Romita Jr., John Romita Sr., Marko Djurdjevic
Publisher: Marvel Comics
Cover Price: $3.99
Release Date: Wed, May 19th, 2010
THE HEROIC AGE IS HERE! There came a day! A day unlike any other…where two of Marvel’s top creators teamed up for the very first time to create a bombastic new monthly Marvel comic that not only ushers in the Heroic Age of Marvel Comics but unleashes onto the world the most blockbuster Avengers team ever! Who will answer the call? And will they assemble just in time…because Kang the Conqueror is here from the future. And wait till you find out why…! Bonus back up feature: the oral history of the Avengers, part one. A brand new illustrated look at the Avengers in a way you have never seen before by series writer Brian Michael Bendis.

The summer was very kind to comics, with Marvel’s number one issues of Avengers and X-Men taking the top two spots. Marvel did come out on top for the year, placing six comics in the top 10. Marvel ended the year selling over one million copies for titles ranked in the Top 20 – certainly a banner year for Marvel. However, when the list is expanded to 20 comics, Marvel and DC tied with 10 issues apiece in the ranking. DC made a great showing with its Blackest Night and Brightest Day event, with the final issue of Blackest Night standing head and shoulders above the rest of DC’s offerings. Combined, DC sold just under one million issues in the top 20.

There were several times during the year that Dark Horse and Image Comics made a showing in the monthly Top 20, but numbers were not high enough for a single issue from either company to break into the ranking.  When we did our sorting of the Top 269 comics for 2010, Dark Horse, Dynamite, and Image did make the list (as of December 28, 2010).

With comics going through a transition period, 2011 will be a year to watch to see if sales in the direct market decline or if things perk up with a slowly improving economy.  Digital distribution, event fatigue, and customers being drawn away from comics to video games and movies, will certainly play a part in the success in comic sales going forward.