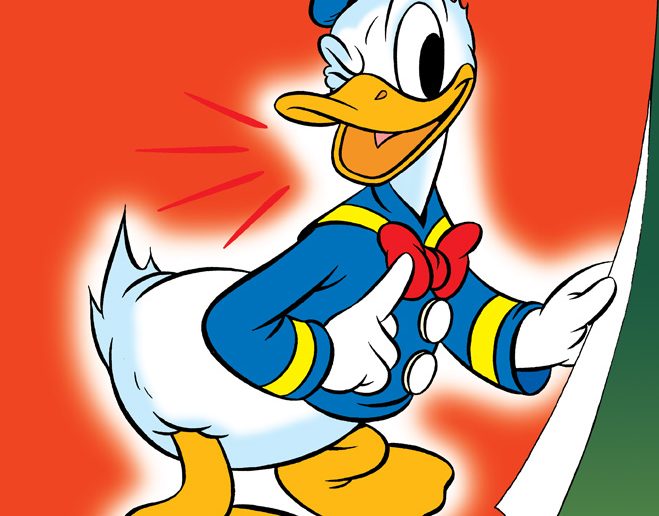 More classic Donald Duck on the way from BOOM! Studios Join BOOM! as we continue to celebrate the 70th anniversary of Walt Disney’s Comics and Stories with a plethora of classic collections hitting store shelves the first half of 2011; including WALT DISNEY TREASURY: DONALD DUCK VOLUMES 1 & 2, WALT DISNEY’S COMICS AND STORIES ARCHIVE VOLUME 1 and DISNEY’S FOUR-COLOR ADVENTURES VOLUME 1. These classic collections feature the most sought-after Disney stories told by legendary creators like Don Rosa, Floyd Gottfredson, Al Taliaferro, and more!

“When we say ‘Classics Are Back at BOOM!’, we mean it!” Said BOOM! Studios Marketing Director Chip Mosher. “BOOM! is bringing tons of classic Disney stories by such beloved creators as Don Rosa, Floyd Gottfredson, Al Taliaferro among others! The fans demanded it and BOOM! delivers!” 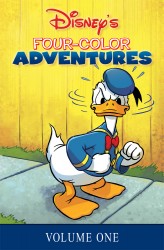 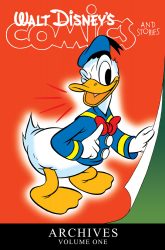 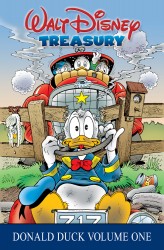 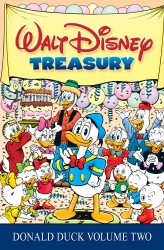 Fans will find within the pages of WALT DISNEY TREASURY: DONALD DUCK VOLUME 1 Don Rosa’s first Donald Duck tales back in print! First up, Don Rosa’s “Return to Plain Awful” with Donald in search of square eggs . . . with Uncle Scrooge and Flintheart Glomgold in tow! Next, our dashing duck fights it out with über-lucky Gladstone in “Oolated Luck” and “Give Unto Others.” Experience jerky Neighbor Jones in “Recalled Wreck,” and Donald’s own super-smart nephews in “Mythological Menagerie” and “Making the Grade!” All this plus other timeless tales including “Fit to be Pied,” “Rocket Reverie,” “Forget Me Not,” “Star-Struck Duck,” “Metaphorically Spanking,” “The Crocodile Collector” and the rare Christmas classic “Fir-Tree Fracas.” WALT DISNEY TREASURY: DONALD DUCK VOLUME 1 also includes a cover gallery and ducky behind-the-scenes details never before told. WALT DISNEY TREASURY: DONALD DUCK VOLUME 2 then continues to collect Don Rosa’s classic run of Donald Duck stories including Donald’s travels across the globe and time, from Norway for the Winter Olympics to the Middle Ages for an epic battle against none other than King Arthur himself. Are we aiming to win a Junior Woodchuck Merit Badge, or what?

Last but definitely not least, DISNEY’S FOUR-COLOR ADVENTURES VOLUME 1 cracks open the Disney vault to find some of the rarest Disney comics ever created! This volume features classic Disney comics and gag strips from such creators as Al Taliaferro, Disney Legend Jack Hannah and many more, reprinted for the first time in decades.

BOOM! Studios (www.boom-studios.com) is a unique publishing house specializing in high-profile projects across a wide variety of different genres from some of the industry’s biggest talents, including Philip K. Dick’s DO ANDROIDS DREAM OF ELECTRIC SHEEP?, The Henson Company’s FARSCAPE, and the original Mark Waid series IRREDEEMABLE. BOOM! recently launched its youth imprint, BOOM Kids!, with Pixar’s THE INCREDIBLES, CARS, and TOY STORY, as well as Disney’s THE MUPPETS, DONALD DUCK, UNCLE SCROOGE and WALT DISNEY’S COMICS AND STORIES. This year, BOOM! Studios celebrates its fifth anniversary.