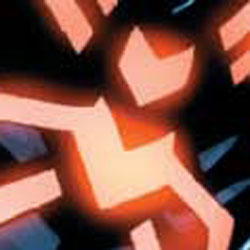 There’s a new Hobgoblin in town, and he’s dead set on bringing Spider-Man down, and setting himself up to be the darling in everyone’s eye. By now you’ve probably figured out he’s a bit of a loon, but goofy times, call for goofy solutions – Hey, how’s ‘bout a new costume? Previously in Amazing Spider-Man: With a new job and life looking good, the last thing on Peter Parker’s mind is a new big bad. But the big bad is around, and in the form of a new Hobgoblin, bent on making a name for himself. His first order of business was offing the last Hobgoblin, which was quickly followed by his second order of business, picking up where the old gobby left off. That meant a quick trip to Horizon Labs, the very place Peter Parker is now employed.

The new Hobgoblin has an interesting sonic scream power that has the ability to bring Spider-Man to his knees. Fortunately for the web-head, Horizon Labs is loaded with super smart people, and one of them figures out a quick way to counter his maniacal laughter, giving Spidey a chance to clear his head and get everyone out of the building. It also gives Hobgoblin the chance to cut a chunk off the labs’ sample Reverbium, and take it to Wilson Fisk, earning not only a paycheck, but a permanent spot on Fisk’s staff. In order to make things right, Peter decides to steal the sample back, and employees Black Cat to track down the whereabouts of the sample. And, in order to counter the Hobgoblin’s sonic powers, Peter whips up a brand new suit that bends light and sound.

I think it is the new suit that has quite a few people bent out of shape, and for good reason. Gone is the familiar red and blue (or black) suit readers have know for generations, to be replaced by something that looks like Disney corporate whipped it up to get people interested in TRON: Legacy. If the issue and the movie weren’t released within days of one another, many might not buy into that reasoning, but it sure seems like a mighty timely coincidence. Now unlike other costume changes that we’ve seen recently, Peter Parker actually has a legitimate reason for creating and wearing the new suit – it follows the natural course of the story. Without the suit, Peter would be taken down in an instant, and with the costume change, he has a fighting chance. That makes a lot more sense than “Piping! It’s all the rage these days! Let’s slap it on my outfit, and put Wayne’s corporate logo on there, too!” Will the suit be around for a while? At least until the Big Time arc is over, but if you are thinking black is back for good, then there’s a bridge in Gotham City I’d like to sell you.

Once again, I’m totally impressed with the story Dan Slott is serving up. The conversation between M.J., Peter, and Carlie fits really well into the awkward life that is Peter Parker, and I love how instead of filling the dialogue with totally made up mumbo-jumbo, Slott turns it into a joke that give the reader the comic relief the issue needs. There are some definite creepy moments (Phil is totally wacko), some very cool action moments, and a few moments that give the reader a glimpse of how things will eventually fall apart for our hero. It’s great writing, and something that the casual Spider-Man fan can get into with little difficulty.

Ramos. Black Cat. Mary Jane. I swear I will take all of my Christmas money and buy Ramos’s pages from this issue. There is so much tease and cheesecake in this issue, that Marvel could clean up by selling posters and other merchandise featuring Ramos’s take on Black Cat. And though many will be drooling over the panel of Black Cat in a milk bath, don’t let it detract from the fact that Ramos can draw both sexes equally well as evidenced in the scene with Peter stripped down to his undies, solving math problems, while wearing a pair of headphones from 1985.

I like how Ramos is able to cram so much visual information into a single issue. The panels never get too small that detail is lost, and there is never any confusion in the way he lays out the page. Adding to his fantastic art is the coloring of Edgar Delgado. The highlights and shading continues to impress the heck out of me, and really demonstrates why comics need to be printed on glossy paper.

If you would have asked me 20 years ago if I had any interest in reading Spider-Man, I would have given you a funny look while holding up my stack of DC books. As long as Dan Slott remains on Spider-Man, and no one makes the decision to monkey with the book to force it into some big company wide event, I’m sticking with Amazing Spider-Man for the foreseeable future. Tight writing, and wonderful art, earn this issue 5 out of 5 Stars once again.