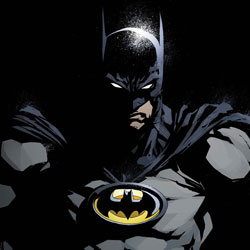 Grant Morrison shook up the Batverse the very moment he put his fingers to keyboard and cranked out Batman #655. He did it again with Batman and Robin #16, that introduced Batman, Inc. If you’ve read the first issue, you know what Batman and Selina are up to, but do you know what happened between B&R #16 and Batman, Inc. #1? Batman: The Return is there to fill in that gap.

Previously in Batman: Batman’s just this guy, you know? He’s used his wealth and power as Bruce Wayne to fund his war on crime for years. He’s done good (and perhaps some bad), been killed, and brought back to life. Now it’s time to get the Bat-House in order and do something different.

I will hand it to Grant Morrison, he came in and really shook up the Batman title of books, and though I’m still not entirely convinced his actions have been totally positive, he has given readers something to talk about. This issue fills in the gap created by the end of Batman and Robin #16, and Batman, Inc. #1, and it answers the question of how did Batman deal with his family, and more importantly, why he feels there needs to be a legion of Batmen running around the world.

While saving a young boy in a hostage situation, Batman uncovers a much larger organization called Hydra The Octopus League of Assassins The Hand Leviathan that is slowly trying to take control of the world. It’s that mystery organization that is the equivalent of the bogeyman governments tell their citizens about in order to do all kinds of shenanigans. But it appears that – for now – only Batman knows about it because a) he’s Batman, and b) it’s Morrison writing the book.

I do enjoy how Morrison is able to set up a story that has intrigue and mystery in it. I want to know what is going on, and this issue teases the reader with promises of something great to come. It’s not the jolly fun ride the first issue of Batman and Robin, nor is it the mind tripping roll through the metaverse that was Batman #655. This issue is something different, as we get to see a very driven Batman, and a very dark story starting to play out.

The biggest concern in this issue is in how Morrison sets up story elements that in order to work correctly, need to be adapted and accepted by the writers of the other books. And I think that is going to cause problems if everyone isn’t on board.

Morrison satisfies the Dick and Damian Batman and Robin team-up, and makes it clear they will be the protectors of Gotham. Red Robin isn’t addressed, and in the one panel he does appear, he’s barely in panel, and completely in shadow. Either DC has something planned for Tim, or Morrison doesn’t think enough of the character to give him any direction. Morrison certainly does muck around with the Birds of Prey and Batgirl titles, as he has Batman telling Barbara to get on board and become a new Oracle. Batman/Morrison also orders Stephanie to an English boarding school, in what seems to be nothing more than getting her out of the way – England already has Knight and Squire, and I really don’t see that trio teaming up easily.

While Morrison offers readers a more definite reason why Batman needs to go global, it’s the detailed art that draws the reader in. Here, David Finch fills the page with so much intricate detail that statues or 3D models could easily be created. The double-page spread of the Batcave alone could keep someone occupied for weeks.

The inking is a bit heavy at times, but I think that adds to the darker nature of this story, and when one compares the final art to Finch’s pencils, it’s easy to see how dedicated the inkers are to following Finch’s style. The coloring of this issue is also very interesting. Instead of really bright colors, that cause the image to pop off the page, everything is toned down, making it even darker than the heavily inked shadows. While a fire should be big and bright, the muted tones cast an ominous feeling on everything.

If there’s one thing you haven’t learned about Grant Morrison’s writing, it’s that he likes to drop little bits and pieces of major story elements throughout his books. While you can easily step into Batman, Inc. and not be confused or alarmed about what is going on, the moment Leviathan raises its head down the road, many are going to be confused if they haven’t read Batman: The Return. When Bane showed up to break Batman’s back, those who had read the Batman: Vengeance of Bane one-shot were in the know. I think the same thing is happening here, and makes this issue worth picking up. The Batman and Robin adventure with the freaky genetic experiments is a nice diversion as the story builds to reveal the bigger villain, the art is really well done, and a few future plot lines appear to be set up in this issue. All in all, Batman: The Return is a good book, well worth 4 out of 5 Stars.