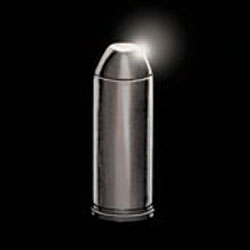 Lone Ranger comes to an end with issue #25

Dynamite Entertainment and Classic Media, a global media company with a portfolio of the world’s leading family entertainment brands, today announced that Brett Matthew’s critically acclaimed run on The Lone Ranger® series will comes its historic end when issue #25 lands this January.  Expertly drawn by Sergio Cariello and with a cover by the amazing John Cassaday, this issue will be a must-read for long-time fans of this “Eisner Nominated” series and America’s favorite hero of the Wild West!

Is it the end of the line for The Lone Ranger when he and Butch Cavendish meet and do battle for the first and final time?  Will The Lone Ranger destroy Cavendish and himself, or will he find a way to save both? “Bringing this unique and personal version of The Lone Ranger to life has been an incredibly satisfying experience for me on a lot of levels,” says writer Brett Matthews. “To collaborate with talents like John Cassaday, Sergio Cariello, Simon Bowland and Marcello Pinto over the last couple years has been a pleasure, and is a testament to both the character and their craft. I’m glad to call them my friends. My thanks to Dynamite Entertainment and especially the fans — old and new — for their support along the way. I’m proud of the story we told and the men John Reid and Tonto became while we rode along with them. Hi-Yo!”

“This is a bitter sweet moment for all of us at Dynamite Entertainment,” says Dynamite President Nick Barrucci.  “The Lone Ranger helped define Dynamite as a publisher who could produce commercially successful titles to one who could publish a comic with critical acclaim.  We knew that this day would come, and it’s almost upon us.  I cannot express enough the appreciation and respect that I have for Brett, John, Sergio, Dean (White), Marcello and Simon.  They helped make this great story the best it could be.  From the moment I first read Brett’s script, to when the pages started coming in and seeing John’s first covers, success or fail, this series would be a series to be proud of.  It surpassed all expectations.  All good things come to an end, and the journey to this great ending has been one of the proudest parts of our publishing history.  Issue #25 will be the end of this great series.  There will be more stories, but the creators who come next will have big boots to fill.  Hi-O Silver!”

“Dynamite Entertainment has been a fantastic partner and together we are excited to present the conclusion to this very successful story arc in The Lone Ranger series,” said Karyn Schneider, VP, Licensing, Classic Media. “As America’s favorite hero of the Wild West, The Lone Ranger has captured fans’ hearts and imaginations for generations, and this dramatic conclusion will be sure to inspire readers and new stories for many more years to come.”

The Lone Ranger premiered as a last-ditch effort to save a depression-wracked Detroit radio station.  Since the show’s premiere broadcast in 1933, no other fictional Western hero has proved so enduring.  More than 2,900 Lone Ranger radio programs were produced, as well as many movie serials, short stories, novels, feature films, phonograph records, newspaper strips and an astounding three million comic books.  The Lone Ranger television series, begun in the late 1940’s, consists of over 500 episodes. A new live-action feature film is currently in development with producer Jerry Bruckheimer and Walt Disney Pictures.

Classic Media, one of the world’s largest independent entertainment companies, is a leader in reinventing the classics of yesterday and creating the entertainment classics of tomorrow. The Company owns and manages a globally-recognized portfolio of well-known family and pop-culture entertainment brands, including Casper the Friendly Ghost®, Where’s Waldo?®, Lassie®, Gold Key Comics, The Lone Ranger®, and new global brands Tinga Tinga Tales® and Guess with Jess®. Big Idea, a member of the Classic Media family, is the leading faith-based studio and producer of children’s programming, including the best-selling animated series, VeggieTales®. More than 3,600 hours of Classic Media programming is distributed in more than 170 territories worldwide and showcased in multiple formats, including TV, film, home video, consumer products, publishing, digital, and music.  Visit us at http://www.classicmedia.tv.