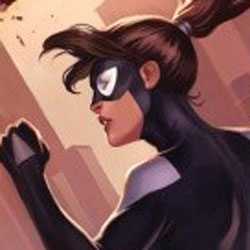 Marvel has released a sneak peek of Spider-Girl #2 from the creative team of Paul Tobin and Clayton Henry.

SPIDER-GIRL #2 (OCT100569)
Written by PAUL TOBIN
Penciled by CLAYTON HENRY
Cover by JELENA KEVIC-DJURDJEVIC
Spider-Girl’s officially hit the Big Time …and she’s already made the top of the Red Hulk’s hit list! Can an average – albeit empowered – New York teenager put down one of the Marvel Universe’s biggest powerhouses?  Or will her reinforcements, the Fantastic Four, make it in time to save the day? Anya Corazon gets a crash course in the high cost of heroism in Spider-Girl #2, on sale this December! 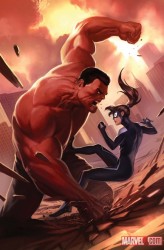 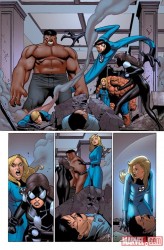 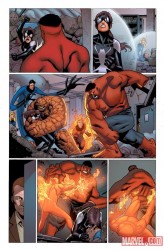