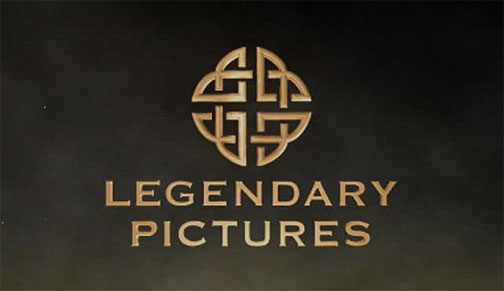 Legendary Pictures has appointed veteran comic book editor Bob Schreck to the role of Editor-in-Chief of the newly-formed Legendary Comics, it was announced by Thomas Tull, Legendary’s Chairman and CEO. Schreck joins Legendary Comics from IDW Publishing, and his appointment marks the launch of the new division dedicated to publishing original graphic novels.

Headed by Schreck, Legendary Comics plans to publish four to six graphic novels a year for both digital and traditional print distribution. The books will target Legendary’s well-established and powerful fandom demographic. Schreck begins at Legendary Comics the first week of November, and plans to release the inaugural project within the first half of 2011. He will be working closely with Kathy Vrabeck, President of Legendary Digital, and they will, as warranted, look to bring the newly-created comic-based IP produced by the venture to other entertainment platforms such as film and television.

“Bob is an iconic editor and one of most highly-regarded curators and editors of comic culture in our industry. He is the perfect leader with the right balance of passion and editorial skills to spearhead Legendary Comics,” said Tull. “Legendary Comics is committed to being a new home for groundbreaking artists and the characters and stories they create, in an art form we love.”

“Thomas and the Legendary team have a proven track record of cultivating talent and delivering unparalleled entertainment experiences, and I am looking forward to building Legendary Comics into a world-class label for the best writers and artists we know,” said Schreck. “We have a real opportunity to deliver hard-hitting characters and exciting, innovative storylines to comic book aficionados. We are in the fortunate position of already having major support from the community and collaborations lined up with world-class creators.”

Iconic comic creators Neil Gaiman, Max Brooks and Frank Miller are among those who are supportive of Legendary Comics.

Frank Miller stated, “Bob Schreck is a joy to work with. He’s tough but affable, mindful of the publisher’s needs but a happy warrior on the side of the artist. We’ve worked together to mutual satisfaction for years. Legendary has proven its ‘fides all over the movie industry and I expect no less from its publishing arm. With Bob, they’ve made the perfect choice: the man’s a talent magnet.”

“To be attached to a creative engine of this magnitude is as thrilling as it is humbling,” said Max Brooks.

Neil Gaiman added, “I’m thrilled that Legendary is going to be entering the world of comics. I’ve been amazed and delighted by their respect for creators in the movie arena, and it can only be good news for the whole world of pop culture that they are going to be encouraging creators to tell unique, smart stories while creating amazing comics for them.”

Schreck comes to Legendary from IDW Publishing where he most recently served as Senior Editor. Prior to IDW Schreck spent nearly a decade working for DC comics where he started in 1990 after founding the famed Oni Press. He also worked at Dark Horse Comics, and is the recipient of numerous industry awards and acknowledgements.

Founded in 2004, Legendary owns, produces and delivers some of the world’s most popular intellectual property, focusing on franchises targeted at mainstream audiences but with a special emphasis on the powerful fandom demographic. With partner Warner Bros., Legendary Pictures’ productions include the recently released, critically acclaimed Inception, which has been a box office smash grossing more than $815 million worldwide, as well as global blockbuster Clash of the Titans ($491 million worldwide), The Dark Knight ($1 billion worldwide), 300 ($456 million worldwide) and The Hangover ($467 million worldwide). The company has established itself as a trusted brand which consistently delivers high-quality, commercial entertainment, and through complete or joint ownership, Legendary is building a library of marquee media properties. Among the film projects that Legendary is currently developing is an adaptation of the phenomenally successful interactive game universe Warcraft, to be directed by Sam Raimi (Spiderman); Godzilla, based on Toho Company’s famed character; Warren Ellis’ Gravel; and Mass Effect, based on Electronic Arts and BioWare’s hit videogame franchise. Legendary Pictures recently launched Legendary Comics, and will debut its inaugural publishing work in the first half of 2011.