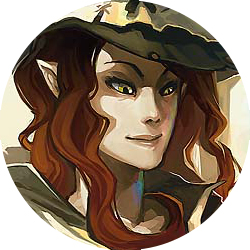 There has been a lot of Buzz about the Dungeons and Dragons Fantasy Roleplaying Game Starter Set, colloquially known as “The Red Box.” Unlike a lot of other RPG products you can find it almost anywhere; book stores, comic stores, even major chains like Wal*Mart are carrying it. But what lies within the mysterious crimson cardboard? And who is this product aimed at? Is it compatible with Fourth Edition? Are there new rules and powers for experienced players inside? Well, Let’s crack it open:

I have mixed feelings about Wizards of the Coast’s latest plan of nostalgiattack. The Red Box is a clear attempt to hook in players who are not familiar with Dungeons and Dragons. The easy to read format, simple (and simplified) rules discussion along with the dice and mat make it very clear that this is a product for new players. Why then, would they model it after the original Red Box of the olden days? Surely if they’re hoping to attract older players who have left the game, making the product look like something they remember is a half-hearted tactic at best. As my friend Carlos often told me, just because that ’06 is called a Chevy Impala, doesn’t actually make it a Chevy Impala. What will older players do when they crack it open and find a charming choose-your-own-adventure book along with discussion of rules that do not, in any way resemble the ones they remember? Thrash, I’m guessing.

That said, I was not being sarcastic about the player’s book being charming. In a simple choose-your-path style it walks the reader through character creation and rules discussion. This character building technique is not by any means new to the RPG Biz, but players who have only ever played D&D and brand new players are bound to find it extremely helpful when attempting to build a character from the top down. After a player has completed the first adventure he or she is then encouraged to read through the Dungeon Master’s Book, which is half rules primer, half pre-built adventure. The idea there being that once a handful of players who know each other have walked through the ‘prologue’ adventure to make their characters, one of them will take the Dungeon Master mantle and run the aforementioned adventure. After that, said DM only need refer to the promotional inserts included to find more information about how to expand and improve his or her game.

If you’ve gotten this far, then you probably have a good idea as to whether the Red Box is something you’d want to purchase, but since we have gotten so many questions about it I will now run you all through a FAQ-type gauntlet. Hopefully you will find relevant information in there somewhere.

Q: Hey Rodrigo, I’m brand new to D&D and RPGs in general, and know very little about them. However I’ve always wanted to give them a try. Is the Red Box for me?
A: Yes, the Red Box will, at the very least, give you a taste of what an RPG session is like. Also you might want to check out a certain podcast, which has often been lauded as very beginner-friendly.

Q: Hey Rodrigo, I’ve played previous editions of D&D, but haven’t managed to get into 4th. Is the Red Box a good lead into it?
A: Not for you, if you’re already familiar with RPGs then you’re likely to find the Starter Set a little on the simplistic side, I recommend picking up the new “Heroes of the Fallen Lands” book instead.

Q: Hey Rodrigo, Don’t you think that Wizards is just peddling this useless product to make a buck out of players who don’t know any better?
A: Well, they ARE putting out this product to make a buck, because they are a company, and that’s what companies do. That said, the product is not without merit, and although I detect an unintentionally nebulous strategy with the Essentials Line I don’t feel there is malicious intent.

Q: Hey Rodrigo, I’m an RPG collector, I’ve even tracked down a near-mint, unopened, original Red Box, should I get this new Red Box?
A: If you’re a completist, then yes. If you’re hoping it will increase in value some day, then no because I’m almost certain that this is the most widely distributed single product for Dungeons & Dragons ever.

Q: Hey Rodrigo, Although I’ve played RPGs in the past now I have no one to play with, will the one-player adventure in the Red Box scratch my gaming itch?
A: That depends how big it is, honestly you can probably play it through in less than an afternoon, so if you’re looking for something that’s going to keep you sated until the snow barring the entrance to your cave melts, then it might not be enough.

Q: Hey Rodrigo, My friends and I have been playing 4th Edition D&D since it came out, do we need to pick up The Red Box to get the latest version of the game?
A: No, The latest version of the game is the rest of the Essentials Line; Heroes of the Fallen Lands, The Rules Compendium Etc. Even then, if you’re already subscribed to the D&D Insider you may not even need to get those.

Q: Hey Rodrigo, I heard the Red Box had a cool map and some cool tokens, should I get it?
A: Well, it does, but I don’t know if it’s worth picking up just for that. Honestly the new Dungeon Master’s Kit has way more tokens. Even then, a quick search on the internet will likely lead you to find miniatures, pre-made maps, erasable mats and other non-cardboard products that far surpass the Red Box’s stuff. Not to say that the Starter Set’s playing aides are of low quality, just that if you’re looking solely for playing aides the Red Box is not the best recourse.

Q: Hey Rodrigo, I want to play 4th edition but My 3rd edition-loving friends have been poo-pooing it since it came out, should I run the Red Box stuff for them?
A: No, that’s probably a bad idea. The biggest complaints coming from 3rd edition loyalists revolve around the game being “dumbed down”. Here you would be running a simplified version of an already simple game, which would not help your case.

Q: Hey Rodrigo, I play other RPGs but have always wanted to give D&D a try, should I pick up the Red Box?
A: That probably depends on your gaming background, if the games you have played in the past are things like Rifts or Shadowrun, I’d say no, the simplicity-shock may be too much for your cortex. If you come from a more narrative background the Red Box is a good way to help transition you into a “crunchier” gaming environment.