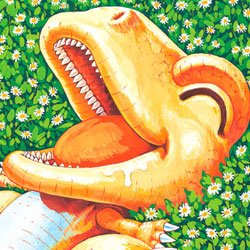 This week on the show: Rodrigo is GON, but we’re reviewing it anyway. Plus, comic book movies, Marvel reviews, and more Brian Michael Bendis than you can shake a stick at.

REVIEWS
Stephen
Ultimate (Comics) Spider-Man #15 COVER BY: DAVID LAFUENTE GARCIA WRITER: BRIAN MICHAEL BENDIS  PENCILS: SARA PICHELLI INKS: SARA PICHELLI COLORED BY: JAYPO LLC LETTERED BY: NEUROTIC CARTOONIST, INC  Poor Peter Parker. All his friends hate him, his girlfriend has stopped speaking to him and to top it off, the whole world despises Spider-Man. What’s a dude to do?? How about save the world and maybe meet the new love of his life? Fan-favorite BRIAN MICHAEL BENDIS (NEW AVENGERS) and rising Ultimate sensation, SARA PICHELLI (RUNAWAYS) bring you a new and exciting Spider-Man story you don’t want to miss!

Matthew
AVENGERS #6
WRITER: BRIAN MICHAEL BENDIS
COLORED BY: DEAN V. WHITE
LETTERED BY: NEUROTIC CARTOONIST, INC
The blockbuster Avengers book continues!! Kang versus Ultron with Avengers from every era right in the middle. The end of this issue is a shocker that sets up one of the biggest new threats to the Marvel Universe!! Plus: another chapter in the oral history of the Avengers!

MAJOR SPOILERS POLL OF THE WEEK
Breakfast. It’s the most important meal of the day (or so they say).  When it comes to coma inducing, pancreas killing, sugar filled cereal, none fill that Saturday morning need to get wound up at 5:00 AM than Cap’n Crunch and Count Chocula.  If the two were tossed into a ring, and forced to duke it out over the fate of your very soul – who would emerge victorious?

MAJOR SPOILERS DISCUSSION: GON
A tiny dinosaur with a feisty attitude marches across the wilderness defending the friendly and furry from the mean and hungry. Told entirely without words, the stories highlight the amazingly detailed art and visual storytelling genius of creator Masashi Tanaka. An instant sensation in Japan where these comics adventures first appeared., Gon is being reprinted in America for the first time.