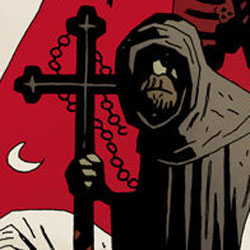 Dark Horse Comics has a sneak peek of Baltimore: Plague Ships #4 available for you to check out.  The vampire hunting comic is an adaptation of Mike Mignola and Christopher Golden’s novel of the same name.