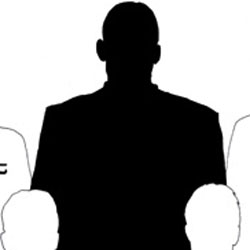 In January 2011, Ben McCool, the creative mastermind behind CHOKER, teams up with brilliant artist Nikki Cook (Girl Comics, DMZ) for a haunting tale of mystery and memory loss.

McCool explains, “MEMOIR is a mysterious match up of Twin Peaks and the Twilight Zone, featuring a town devoid of memory, an eager journalist looking to exploit it, and a strange young girl watching over everything — a young girl who claims to be the daughter of God.”

“There’ll be plenty of twists and turns as the truth behind Lowesville’s surreptitious past is revealed, and with Nikki Cook’s exquisite art bringing it all to life, I think MEMOIR is a must-read mini-series for early 2011!” he adds.

The setting of MEMOIR, Lowesville, is a small town in the American Midwest, peaceful and quaint. But one morning the population awakens with no idea of who they are, where they are, or what’s happened. The town’s memory has been completely erased. All except for the mind of one man… He remembers everything.