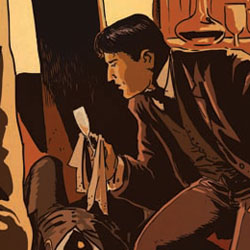 By Dynamite Entertainment on October 25, 2010 0 Comments

In January, the origin of iconic Sherlock Holmes is revealed by writer Scott Beatty.  Sir Arthur Conan Doyle’s dauntless detective returns in an all-new series of adventures exploring the sleuth’s untold origins! Join Dr. John Watson as he meets young Sherlock Holmes in a fateful encounter that will forever shape both men’s destinies! Mysteries and murders most foul abound as we discover clues that reveal just how Holmes became the world’s most famous detective!  Discover more about the beginnings of the iconic Sherlock Holmes this January!

“Here’s the deal: Sherlock Holmes and Dr. John Watson are the ORIGINAL partners-in-crimefighting,” says writer Scott Beatty. “Sherlock Holmes: Year One is no mere ‘Year One’ story. For both Watson and readers, Sherlock Holmes IS the mystery. Who is he? Where does he come from? What drives him? Watson is compelled to find out. And it’ll take more than deductive reasoning to solve the most important case of the detectives’ careers, a dozen murders laid squarely at their feet!”

“We were very proud about how our last Sherlock Holmes mini-series performed, both critically and commercially, and when collected, the Hardcover and TPB both exceeded our expectations in sales,” says Dynamite Entertainment President Nick Barrucci.  “Our fans wanted more Sherlock Holmes comic books, but we waited for the best possible creative team for the origin of Sherlock Holmes.  The story that Leah (Moore) and John (Reppion) told in the first issue received praise from fans to contemporary comic book writers from Ed Brubaker to Joe Michael Straczynski and other luminaries.  We wanted to wait till we had just the right story, and with  Scott Beatty – who did a fantastic job on Ruse –  as writer and new found artist Daniel Lindro  as artist.  Sherlock Holmes: Year One will not disappoint!”

“It’s my privilege to be associated with such a venerable and influential character,” says cover artist Aaron Campbell.   “Dynamite’s Sherlock Holmes stories, which I was fortunate to draw the interiors of the last series, can be just as exciting and relevant today as they were 100 years ago!”

“I have been a Sherlock Holmes fan since I was a kid, watching Basil Rathbone’s movies and reading Doyle’s novels,” adds cover artist Francesco Francavilla. “So it’s no surprise I am very happy to be part of Dynamite’s new Sherlock series as a cover artist.” 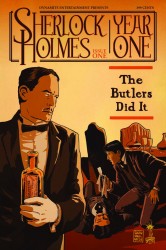 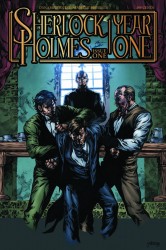 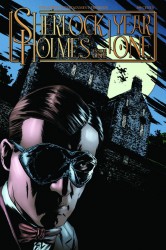 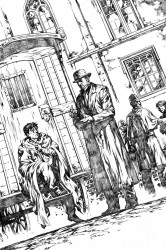 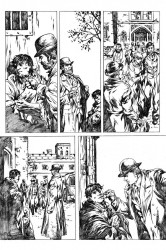 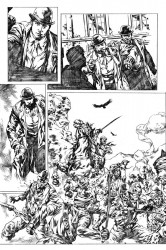 Sherlock Holmes is a fictional detective created by Scottish author, Arthur Conan Doyle in 1887. As a brilliant London-based detective, Holmes is famous for his astute logical reasoning, his ability to take almost any disguise, and his forensic science skills to solve difficult cases.