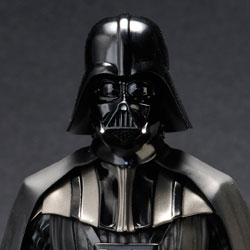 Ruthless and powerful, Darth Vader stands at the ready with the knowledge that his mastery over the Force can overcome any enemy.  His classic armored suit has every detail you’ve come to know and love since Empire Strikes Back was first released 30 years ago.  Intricate sculpting brings out the different parts of his chest piece and belt module, while his gloves are accurately textured.  Of course, the most attention to detail was put into recreating Vader’s helmet!  Darth Vader has a standard stance standing tall with his hands at his belt, though he does come with bonus arm parts for alternate poses.  And, like the other ARTFX+ Statues, he has magnets in his feet for display on the included base!

Take the jump for the full image gallery. 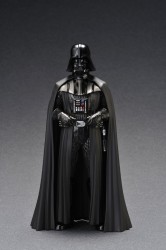 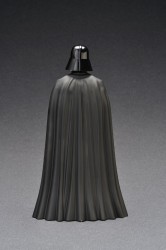 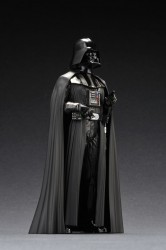 The easy to assemble kit stands 8-inches high, is available in May, and has a suggested retail price of $44.99.