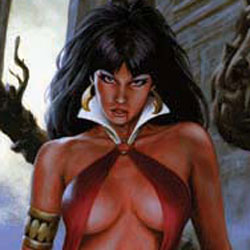 The amazing new Vampirella series from Dynamite Entertainment continues in December with Vampirella #2!  Vampirella has tracked her prey, the bloodthirsty Vlad Dracula, to Seattle and a vicious nest of vampires preying on the young and the lost. In the clutches of Le Fanu-one of Dracula’s oldest and most trusted lieutenants – Vampirella must face a growing threat more terrifying than any she has ever encountered… for Le Fanu has exposed Vampirella to her own deepest and darkest secrets – Vampirella herself (shown in a special story within a story in this very issue)!  Vampirella #2 is written by Eric Trautmann (Action Comics co-written with Greg Rucka), illustrated by Wagner Reis, with covers by Jelena Kevic Djurdjevic, Joe Jusko, Paul Renaud, and Lucio Parillo! 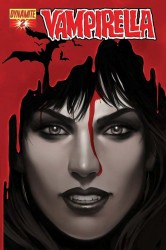 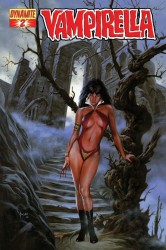 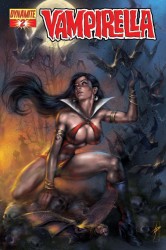 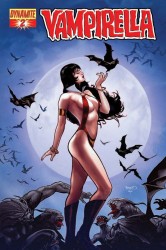 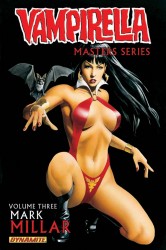 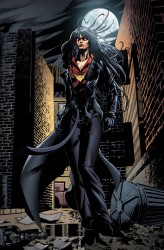 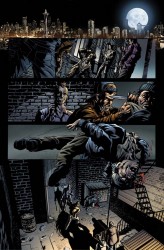 Also in December comes The Vampirella Masters Series Volume 3: Mark Millar TPB.  This collection features Mark Millar’s second run on Vampirella, as he takes readers on a journey to the town of “Nowheresville!” Coming along for the ride is Mike Mayhew and his incredibly realistic depiction of Vampirella.  Also, this features a reprint of “Fear Of Mirrors” by John Smith and Mayhew and a cover gallery with art by Mayhew, David Finch, J.H. Williams, Bruce Timm, Greg Horn, J. Scott Campbell and more!