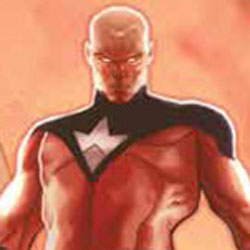 Boom! Studios sent Major Spoilers a sneak peek of 28 Days Later #14, The Calling: Cthulhu Chronicles #3, Irredeemable #17, and more that you can check out after the jump.

Selena and her crew are discovering it’s harder to tell the difference between the living and The Infected in the UK. Gangs of survivors are forming…and they’re ready to take down anyone who happens to enter their town. Not good if you’re three travelers who just found some supplies.

The Cthulhu Chronicles continue to unravel…and no one is safe! Clayton Diggs’s journey into a Lovecraft-inspired world of horror worsens and more terrifying pieces begin falling into place. Clayton finally learns the identity of the mysterious man in the photographs. But the answers he finds only lead to more questions… An all-new ongoing supernatural horror series with a decidedly modern spin from superstar writing team Michael Alan Nelson (28 DAYS LATER, HEXED) and Johanna Stokes (DEATH VALLEY, STATION)!

The prelude to THE WAR FOR THE UNCHARTED TERRITORIES continues! The Kkore are testing Scorpius. They must decide on his worthiness. This is a reversal of power for the villain but he faces it with the same cold hard calculation that made him a name only spoken in hushed tones. A new era in Farscape from show creator Rockne S. O’Bannon!

TRUTH AND CONSEQUENCES, PART 1! The Parr family is no stranger to secrets, they hide their identity from the people around them every day. But the secrets they keep from each other may tear the family apart — secrets the Underminer is all too aware of…and willing to reveal! Join Landry Walker and Ramanda Kamarga for an all-new INCREDIBLES arc, and a great issue for new readers!

The discovery of a new strength among the shattered Paradigm reinvigorates the superhero coalition’s fight against the Plutonian. But will it be enough when the Plutonian strikes out against them with a deadly force never before seen? All the while, an unspeakable plan that brings up remnants from the past threatens to fracture the Paradigm once again. Find out why Mark Waid’s Eisner Award-nominated series is called “one of the best superhero stories of the decade!”

The toys’ jealousy over Andy’s new videogame continues to grow, as Andy spends less and less time using his imagination. Buzz Lightyear’s imagination, however, may be running wild as he has some bizarre conspiracy theories about why toys have begun to disappear from Andy’s room!

Curses, cat burglars and crash landings, it’s the continuation of DuckTales! Who is the mysterious cat lady stalking our favorite denizens of Duckburg? Does she know the secret behind breaking the curse of the Flabbergé jewel, or is she in league with the evil dictator who wants to wield the treacherous terror for his own nefarious plot? Join Uncle Scrooge, Launchpad and the nephews as the Disney Afternoon Revolution races on to finish line of “Like a Hurricane!”