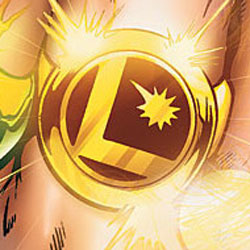 We had a lot of entries in the Major Spoilers Twitterpitch Contest, and we’ve narrowed the finalists to five well thought out story lines for the current Legion of Super-Heroes.  Take the jump to read the finalist entries, and then vote on your favorite.  The winners get something cool from the Major Spoilers stash and an illustration of four of your Legion of Super-Heroes characters by Kristen and Adriana of Super Future Friends fame.

ENTRY ONE – Legion of Justice

The Pitch: After the fall of the UP, a new team emerges to show the galaxy the true meaning of heroism, as “The Legion of Justice”

The Pitch: 1yr of calm and peace makes the LSH bored, lazy and even questioning the need to stay together. Just as Darkseid has planned.

ENTRY THREE – This Land is My Land

The Pitch: they find a new uncivilized world. They establish new governments on separate continents and advance the planet while feuding.

The Pitch: The 6 are turned into preteens a la TNG ep “Rascals” & must work together to get back to normal b4 its too late.

The Pitch: DC does it’s part to help kids learn physics by publishing new series “Physics from superheroes!”. The title says it all.

Five finalists, only one winner.  Who will it be?  It’s time for you to cast your vote!  The winner will be announced September 15, 2010.