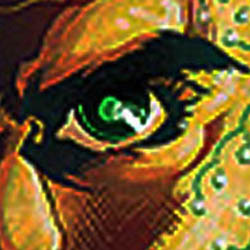 Or – “Sometimes, Endings Aren’t What You Expect…” The days of the Great Machine have long since been over, but last issue ending with Mayor Mitch Hundred donning his jetpack once more to fight off an invasion from the beings who empowered him…  Of course, that left him in a bad spot when his own security forces caught him in costume.  When the mask comes off, Mitchell Hundred’s political career is officially going to be over…  How in the world will he get out of THIS one? Previously on Ex Machina:  Mitchell Hundred, former civil engineer, former superhero, former hero of 9/11 (on his world) has spent a tumultuous term as the Mayor of New York city, dealing with problems civic and extradimensional all at once.  He hasn’t always acted in a heroic manner, but generally has had the best interests of the world at large in mind.  With his old friend Kremlin working against him (Krem wants him to give up politics and return to work as The Great Machine), an alien invasion barely offset (ironically, the invaders are also the source of Mitch’s machine-controlling abilities), a political bombshell in his lap (did he use his powers to alter votes and get himself illegally elected?), Mitch has had a hard day.  Of course, being caught by a cadre of archers in the employ of the NYPD, specifically trained and empowered to take him down if he ever got back in uniform kind of sucks too…  What is a Mayor-slash-hero-slash-Presidential-wannabee to do?

This book has been told in flashback for the last several years, by the Mitch Hundred of the present day, who opens this one with an unexpected sentiment:  “Happy endings are bull$#!+.  There are only happy pauses.”  Mitch bitterly wonders if his love of superhero comics, lacking as they always do a real final act, comes from his wish for a happy ending.  Flashback to April 12, 2005, as the Great Machine faces down the NYPD over his decision to go into superhero action again.  Mitch takes to the sky, catching an arrow as he goes, and radios his bodyguard for an assist, apologizing for what is about to happen.  A short time later, we see the Great Machine crashing to Earth right in front of a camera crew, and being taken in and unmasked as…  Rick Bradbury???  Bradbury claims that HE, not Hundred was the one who saved the day, throwing away his career and his life to save his boss.  “I’m just glad I could help,” says Bradbury as he is interviewed by the television news.  Cut forward to Hundred and his deputy mayor discussing something that they’ve planned, cut forward again to the announcement of United States AMBASSADOR Mitchell Hundred announcing their plan:  To rebuild the World Trade Center towers.

Once again in the present, Hundred muses on turning forty, and his legacy (if he even has one) for New York.  There’s a dream sequence, and I suddenly notice that Tony Harris’ art feels a bit uneven, whether it’s by design or not.  There’s a definite blurring of Mitch’s usually spot-on features during these sequences, which is troubling for me.  Mitch awakens from his nightmare to find a badly aged Bradbury in his bedroom, rambling about the Great Machine, revealing that he beat his girlfriend, and culminating in a heartbreaking confession.  “I…  I love you, Mitch.”  Bradbury tries to kiss Hundred, who rebuffs him because he’s drunk, causing Bradbury to punch him in the face.  It’s a very human and very painful display to watch, and it makes a certain kind of sense, giving Bradbury’s devotion over the past 50 issues. Some time later, as Mitch prepares for the Presidential election, he gets a text from Kremlin, who likewise has a painful confrontation to make:  He can prove that Mitch rigged his Mayoral election.  Kremlin pulls a gun on Mitch, then turns it on himself, pleading for Hundred to revive The Great Machine.  “If the Great Machine is really dead…  Then I may as well join him.”  The most terrible moment in the history of the series follows, a moment so shocking, I’m not even sure I believe it.  In the here and now, Mitch suddenly has to take a phone call, finding his boss on the phone.  The “camera” pulls back to show him in from of a sign that shows him next to a smiling John McCain, a relic of their run for the Presidency.  “Send her my love,” says Vice-President Hundred as he hangs up the phone, suddenly noticing a picture of himself, Bradbury and Kremlin in happier times.  He smiles briefly before the bitterness again comes over him, and we fade to black…

This is a pretty strong closing chapter of Mitch’s tale, and a very much unexpected one, at that.  To see his ideals shattered so completely, and to find him losing his friends, his beliefs, and STILL not making his way to the Presidency is saddening and a little bit depressing.  Still, this book has always been more of a real-world tale than most comic books, and Mitch himself reminds us that real-world happy endings are few and far between.  There are half a dozen moments in this tale that surprise me, and we’re left with a number of unanswered questions.  Are the aliens really gone?  Did Mitch rig the elections?  Is he gay, or isn’t he?  How did he get on a Republican ticket?  Much like the finale of Y: The Last Man, we aren’t told everything that happens, but unlike Y, we aren’t even really given the closure that the characters deserve.  Bradbury’s story is a tragedy of unrequited love, Kremlin’s of misplaced trust, Mitch’s of unrealized potential, and that makes this a difficult read on an emotional level.  I’m not sure what my issues with the art stem from, but Tony Harris’ work isn’t quite as polished, as finished, for lack of a better word, as in previous issues.  Still, it’s still a good-looking issue, and it’s a fitting end to a series that never quite fit any mold.  While I’m going to miss Mitch’s story, I’m at least glad that we got to find out the truth of the matter, even if it wasn’t the most uplifting of tales.  Ex Machina #50 closes out on a note that’s both characteristic and shocking, and earns a well-deserved 4 out of 5 stars overall. Vaughn and Harris gave us a unique book here, and I’m sorry to see it go…

Faithful Spoilerite Question Of The Day:  Is Mitch right?  ARE Happy Endings B.S.?  Or is it possible to achieve bliss in this world?