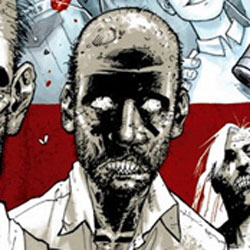 REVIEWS
Stephen
Bullet to the Head #2

MAJOR SPOILERS POLL OF THE WEEK
There have been several images released from Marvel’s Thor movie that show off the costumes the Norse gods will be wearing.  While more time has been spent talking about Wonder Woman’s costume change, one has to wonder if the Thor costume design will play a role in audiences liking or ignoring the film
VOTE

MAJOR SPOILERS DISCUSSION: The Walking Dead
The Walking Dead is centered on Rick Grimes, a small-town police officer from Cynthiana, Kentucky, his family, and a number of other survivors who have banded together in order to survive after the world is overrun with zombies. As the series progresses, the characters become more developed, and their personalities shift under the stress of a zombie apocalypse.