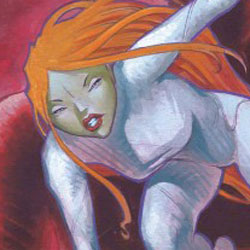 Marvel has released a sneak peek of Shadowland: Daughters of the Shadow #1 from Jason Hnderson and Ivan Rodriguez that you can check out after the jump.

SHADOWLAND: DAUGHTERS OF THE SHADOW #1 (JUN100582)
Written by JASON HENDERSON
Pencils by IVAN RODRIGUEZ
Cover by JEAN-BAPTISTE ANDREAE
After Daredevil uncovers Colleen Wing’s secret connection to the Hand, she is forced to lead a new hit squad on the streets of New York! Can Colleen find a way to enforce Daredevil’s new law without succumbing to the darkness of Shadowland?