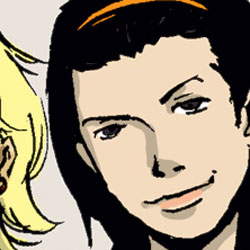 We previously let you in on Christian Beranek’s Unhappy White Girls, now the creator sends Major Spoilers a sneak peek of the graphic novella.

Unhappy White Girls
Full color graphic novella
Story by Christian Beranek
Art by Triska Tsang and Vivian Lee
Letters by Thomas Mauer
UNHAPPY WHITE GIRLS is about a day in the life of Tish and Branna, two teenage girls who live in Nowhere, New Mexico. From skipping school, to shoplifting at the mall, to a rich girl’s party — Tish and Branna will have their friendship tested. And over the course of this crazy day, secrets they are both hiding will be revealed.

Written by Christian Beranek, co-creator of Dracula vs. King Arthur, with art by Triska Tsang and Vivian Lee, Unhappy White Girls is an independent project being funded through a drive via Kickstarter.com. Kickstarter is a unique site that allows artists to raise financing for creative endeavors. If the Unhappy White Girls team reaches their goal by June 15th they’ll be able to complete and distribute the book. 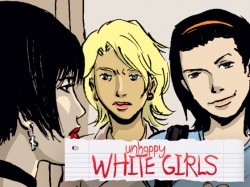 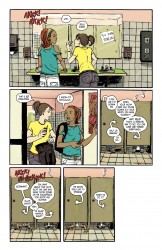 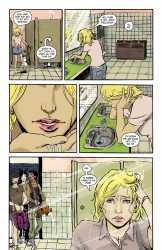 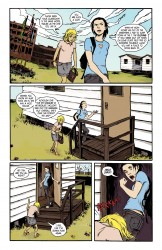 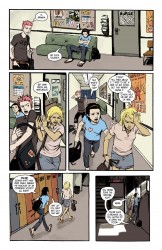 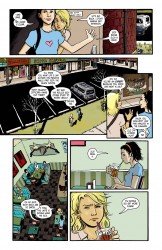 For more information on the series, visit http://kck.st/du4aFW.