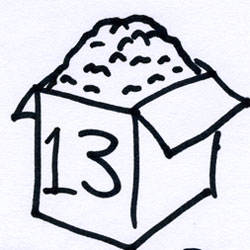 REVIEWS
Stephen
ROBERT E. HOWARD’S HAWKS OF OUTREMER Written by Rober E. Howard, Michael Alan Nelson Drawn by Damian Couceiro BOOM! Studios brings you an epic story by Conan creator Robert E. Howard published in comic book form for the first time ever! As a wandering warrior born and bred on the battlefield, Cormac FitzGeoffrey is a renowned fighter, a ruthless adversary, and a man who is no stranger to the ways of bloodshed and violence. Cormac counts his friends on one hand, so when he learns that his most recent liege has been murdered, nothing will stop his quest for revenge. By oath, a path of vengence will be marked by the blood of his enemies. Covers by Joe Jusko and Karl Richardson.

Rodrigo
MOUSE GUARD: LEGENDS OF THE GUARD #1 (of 4) Written by Jeremy Bastian, Ted Naifeh, David Petersen and Alex Sheikman Illustrated by: Jeremy Bastian, Ted Naifeh, David Petersen and Alex Sheikman
Inside the June Alley Inn, located in the western mouse city of Barkstone, mice gather to tell tales, each trying to outdo the other. A competition, of sorts, begins. The game: Tell the best story, get your bar tab cleared! The rules: Every story must contain one truth, one lie and have never been told in that tavern before. Legends of the Guard is a new Mouse Guard anthology series featuring the work of artists and storytellers handpicked by series creator David Petersen. Featured in this issue are stories by Jeremy Bastian (Cursed Pirate Girl), Alex Sheikman (Robotika) and Ted Naifeh (Courtney Crumrin and the Night Things).

MAJOR SPOILERS POLL OF THE WEEK
If you were a pretty pretty princess, who would you rather be rescued by – Link or Mario?

MAJOR SPOILERS DISCUSSION: Box 13
Box 13 is a re-imagining of the popular radio serial of the same name.  It follows the harrowing adventures of author Dan Holiday as he unlocks clue to his past and his very identity. Holiday has spent the last several years of his life researching the secrets behind the MKULTRA project. His latest book has brought him a degree of notoriety around the country and around the world. And, during his recent book tour – Dan discovers something that will change his life forever. Join him as he leans what lurks inside Box 13.