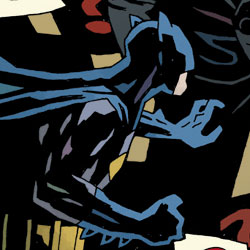 This week, DC Comics releases Batman #700, a huge milestone for any comic book character.  Since his debut in 1939, Batman has gone through a lot, and has become one of the most important and popular characters in comics.

What makes the Caped Crusader work, why has he become so popular, and why do you like or dislike the Dark Knight?  Share your memories and thoughts!

Use the comment section below, and we’ll cull the best responses (both good and bad) for this weekend’s Major Spoilers Podcast.  You can also drop us a voice mail by calling (785) 727-1939, or record your comments and send it as an MP3 file in an email to podcast@majorspoilers.com.